NYK has conducted the world’s first Maritime Autonomous Surface Ships (MASS) trial performed in accordance with the IMO’s Interim Guidelines for MASS trials* as the company begins tests to realize its target of manned autonomous ships** for safer operations and a reduction in crew workload.Iris Leader, a large NYK-operated PCTC having a gross tonnage of 70,826 tons, was navigated day and night using the Sherpa System for Real ship (SSR) navigation system from September 14-17, 2019…

As the Industry waits for the Ministry of Shipping, Government of India to roll out the much hyped policy to boost Coastal Shipping and Inland Waterways transport, ClassNK & Indian Register of Shipping (IRS) took the first step to conduct a workshop on “Super Eco Ship For India Coastal Trade” as a strategy to be first to cash in on the opportunities when the policy gets implemented. Held in Mumbai last week at the IRS auditorium, both the classes presented to the gathering of ship owners…

A ceremony was held today at Hanoi University of Science and Technology (HUST), in Hanoi, Vietnam, to mark the commencement of the fifth year of courses endowed by Mitsubishi Heavy Industries, Ltd. (MHI). The courses are conducted at the university's School of Nuclear Engineering and Environmental Physics. The commemorative ceremony was attended by numerous distinguished guests, including: Prof. Dr. Ta Duc Thinh – Director of Science, Technology and Environment Department, Ministry of Education and Training; Mr. 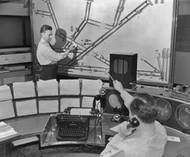 Virtually everyone is, by now, familiar with the concept of electronic navigation, also called eNavigation or eNav. The problem is that the term means different things to different people. Historically, it started with radio beacons. Radar, loran, and GPS have been added over time. Now we have AIS and electronic charting. Most mariners view this as an increasingly sophisticated set of tools installed on the ship to improve the ability to avoid collisions, groundings, and related casualties. That is only part of the story.