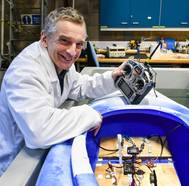 The Norwegian Petroleum Directorate (NPD) has announced the appointment of Ingrid Solvberg as Director for the Norwegian Sea and Barents Sea, replacing Bente Nyland.According to a note from NPD, Sølvberg was appointed by the King in Council on 11 October. The Ministry of Petroleum and Energy has not yet set the date for the transition.The director general position in the NPD is posted as a fixed term engagement of six years, with the option of an additional six-year period. Bente…

Bristow Norway AS is commencing a previously announced five-year contract today (September 1, 2018), from its Hammerfest base. Bristow will provide helicopter offshore crew change services and search and rescue (SAR) services to support Eni Norway and Equinor."We are very proud of the recognition we have received in securing this work in the Barents Sea," said Area Manager Norway Heidi Wulff Heimark. "This confirms that the work our employees do every day brings results. The contract… 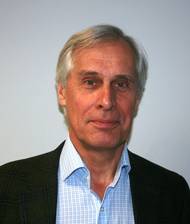 Globecomm,  providers of maritime connectivity services, is integrating its Telaurus and Globecomm South Africa business units to enhance service provision to ship owners. Globecomm South Africa is an Inmarsat Distribution Partner and L-Band specialist supporting service providers and resellers, while Telaurus has been one of the maritime industry’s leading communications solutions providers for many years. Both companies will operate under the Globecomm Maritime brand, providing VSAT, L-Band and cellular communications to a fleet of over 4,000 vessels.

Viking Supply Ships A/S (VSS) has received an early termination notice of the contract for the Ice-class 1A AHTS “Njord Viking”. The vessel has been working for Eni Norge in the Barents Sea and has also been part of the extended towing-preparedness in the area on behalf of the Norwegian Coastal Administration. The vessel was according to the contract with Eni Norge firm until the end of 2016, with optional periods of 2 x 6 months thereafter. According to the contract VSS will be entitled to a termination fee of approximately USD 13.300/day for the remainder of the firm period.

Russia has unveiled Arktika, touted as the world’s largest and most powerful nuclear icebreaker, during a launching ceremony on June 16 at Baltic Shipyard in St Petersburg. The 173 meter long, 34 meter wide Arktika is the lead nuclear icebreaker ordered by Russia's Rosatom state nuclear agency for navigation through the Northern Sea Route, and more specifically the delivery of hydrocarbons to Asian markets. “There are no analogs of the icebreaker such as the Arktika in the world,” said Rosatom CEO Sergey Kirienko at the launching ceremony.

Det Norske Oljeselskap ASA slumped to an operating loss in the first quarter on significantly lower revenue. The company reported a revenues of $ 205 (Q1 2015: USD 329) million in the first quarter. Production in the same period was 60,600 barrels of oil equivalent per day, while the realized oil price was $ 37 on average per barrel. EBITDA for the quarter amounted to 129 (261) million, and EBIT was -23 (86) million, after an impairment charge of 38 (53) million dollars. The quarterly result was 32 (2) million, giving earnings per share (EPS) of 0.16 (0.01) dollars.

The agreement covers early-phase studies, pre-engineering (FEED) work, verifications and follow-on engineering for Lundin Norway. It encompasses engineering work from Aker Solutions' three business areas - Engineering, Subsea and Maintenance, Modifications and Operations - as well as the company's integrated study house, Front End Spectrum. The contract has a fixed period of three years and may be extended by as many as two years. The first delivery will be a study for a floating production, storage and offloading (FPSO) unit for the Alta and Gohta oil development in the Barents Sea.

First Women's Expedition to the Arctic

Company "MyArctic-expeditions" organize the first women's expedition to the Arctic Ocean. The expedition will start on March 5 in the capital of the Nenets Autonomous Okrug - Naryan-Mar - and will last until 9 March. Participants will travel by snowmobile. Throughout the route the women's team will be accompanied by an instructor. For five days the traveler will be able to travel 650 km on the Nenets tundra, polar visit five villages, meet with the lifestyle of the indigenous peoples of the North, to climb the top of the lighthouse at the Cape St.

OG21 today received the DNV GL study of technologies that should be developed for year-round oil and gas production at 74 degrees North in the Norwegian Barents Sea. New licenses are due to be awarded in this area as part of the Norwegian 23rd licensing round. The report concludes that technology solutions are fairly mature, but need to be adopted for Norwegian waters. This would be possible within a 8-10 year time frame, which is also the earliest one can expect first oil or gas in the licenses. 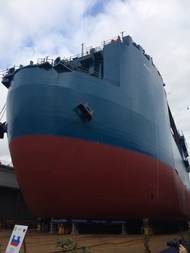 Itarus, the new semisubmersible floating platform built to transport Russia’s nuclear materials, was launched at a ceremony on November 19 at Fincantieri’s shipyard in Muggiano, La Spezia. Built by Fincantieri for the Russian RosRAO, the Federal State Unitary Enterprise for radioactive waste management, the vessel will be used for the transportation of nuclear submarine reactor compartments decommissioned by the Russian Navy from the storage area of Sayda Bay to the Nerpa Shipyard (and vice-versa), facing the Kola Peninsula in the Barents Sea.

In a new study, researchers from the Alfred Wegener Institute, Helmholtz Centre for Polar and Marine Research (AWI) show for the first time that marine litter can even be found at the sea surface of Arctic waters. Though it remains unclear how the litter made it so far north, it is likely to pose new problems for local marine life, the authors report on the online portal of the scientific journal Polar Biology. Plastic has already been reported from stomachs of resident seabirds and Greenland sharks.

Royal Dutch Shell has abandoned its Arctic search for oil after failing to find enough crude in a move that will appease environmental campaigners and shareholders who said its project was too expensive and risky. Shell has spent about $7 billion on exploration in the waters off Alaska so far and said it could take a hit of up to $4.1 billion for pulling out of the Chukchi Sea for the "foreseeable future". The unsuccessful campaign is Shell's second major setback in the Arctic after it interrupted exploration for three years in 2012 when an enormous drilling rig broke free and grounded.

Leading classification society Bureau Veritas has opened a Verification Academy which will help it to meet increasing demand for verification in the EU and globally and to cement its leadership in verification. The Aberdeen-based academy trains both BV staff and clients in implementing the most beneficial methodology for verification of offshore installations. Bureau Veritas is the only externally accredited IVB under UKAS 17020 with respect to initial suitability and operational verification.

A new factory trawler fishing vessel being built for Norwegian marine trawling operator Halstensen Granit AS is to feature a complete Wärtsilä propulsion solution. The vessel is under construction at the Tersan yard in Turkey and the Wärtsilä equipment is scheduled for delivery in mid-2016. The contract was signed in August. "The new vessel will be operating in challenging sea and weather conditions in the Barents Sea and off the coasts of Norway and Greenland. It is essential, therefore, that the propulsion machinery is both highly efficient and extremely reliable.

Divers Northern Fleet raised from the bottom of the Kola Bay, an American anti-aircraft gun, which lay there for 70 years. Earlier it was reported that the specialists of the search and rescue (UPASR) Northern Fleet (NF) completed the preparatory work in the area of the death of an American military transport ship "Thomas Donaldson" (type "Liberty"). During the Great Patriotic War, the ship participated in the composition of the Arctic convoy JW-65, who drove the Soviet Murmansk under the Lend-Lease ammunition, military equipment and other goods.

From Naryan-Mar complex expedition started "Investigation Atlantic walrus habitat" for the study of animal southeastern Barents Sea. The expedition of seven experts on the research vessel "Kartesh" organized by the Council on Marine Mammals (CMM). It also involved experts WWF. The route will pass it on to the delta of the Pechora. Vaigach, the press service of the CMM. Members of the expedition are planning to mark the satellite transmitters at least ten animals, and to obtain information from the photographic set last year.

Polish energy company Polskie Gornictwo Naftowe i Gazownictwo (PGNiG) will compete with Russian companies Rosneft and Lukoil, as well as a number of other companies, for Norwegian Arctic licenses. If successful, PGNiG could potentially get license stakes in projects located directly along the maritime border to Russia. PGNiG opened an office in northern Norway and buys license shares in Norwegian Arctic projects. The company has now taken over Danish company Dong’s offices in the northern Norwegian town of Tromsø and prepares for exploration in Arctic waters.

Russia’s Northern Fleet has completed naval exercises in the Barents Sea, Defense Ministry’s head of the Northern Fleet’s press service said. The naval exercises included anti-ship, anti-submarine drills with torpedoes and depth charges. "During exercises in the designated area of the Barents Sea, ships from the Kola Flotilla from various forces of the Northern Fleet, which included search and strike groups, the search for submarines was conducted and anti-ship maneuvering and searching for submarines was developed using anti-ship aviation," Capt. 1st Rank Vadim Serga said.

TGS-NOPEC Geophysical Company ASA (TGS) signs letter of intent (LoI) for charter of an estimated six months of 3d vessel capacity from Oslo-listed seismic vessel operator Polarcus. TGS intends to charter a vessel from Polarcus in 2016 to acquire a number of individual projects in line with its 2016 investment plan. Under the terms of the LOI, TGS will offer Polarcus the Right of First Refusal (ROFR) for the charter of 3D vessel capacity to acquire discrete projects of up to 10,000 sq. km in total.

The Goliat platform has arrived in Hammerfest, Norway last week, after a 63-day journey from South Korea covering 15,608 nautical miles. It will now undergo final preparations for the first oil production from the Barents Sea. "Upon completion of final preparations to install her in the Barents Sea this summer, she will support production operations at the world’s northernmost producing offshore oil field located approximately 80 kilometers offshore Ersvika," says a company statement.

Electromagnetic Geoservices ASA (EMGS) recorded revenues of USD 52.5 million in the fourth quarter 2014, up from USD 41.7 million in the third quarter and from USD 44.9 million in the corresponding quarter in 2013. Contract sales totaled USD 25.5 million, while multi-client sales were at USD 27.0 million this quarter. The Company had an EBITDA of USD 18.6 million and a net income of USD 15.1 million. The Company had record-high multi-client sales in the quarter, mostly from the library in the Barents Sea.