China says forced to respond to U.S. tariffs. The United States and China slapped tit-for-tat duties on $34 billion worth of each other's imports on Friday, with Beijing accusing Washington of triggering the "largest-scale trade war" as the world's two biggest economies sharply escalated their conflict. Hours before Washington's deadline for the tariffs to take effect, U.S. President Donald Trump upped the ante, warning that the United States may ultimately target over $500 billion worth of Chinese goods, or roughly the total amount of U.S. imports from China last year.

Maersk Line, the world's biggest container shipper, is venturing into trade finance, as it seeks to fill a lending gap left by indebted banks pulling out of the crisis-hit shipping industry. Moving into traditional bank territory and further down the shipping value chain, Maersk Line, part of A.P. Moller-Maersk, is offering to finance shipments and remove the paper trail from financing deals. Maersk says it has no need to ask for collateral - one of the biggest headaches for banks and customers in trade finance deals - because it is carrying the goods on its vessels.

Alistair Cross was flying high after showing in a pilot project how blockchain - the technology first developed for the crypto-currency bitcoin - could transform the old-fashioned and secretive world of commodity trading. But since the pilot ran early this year, Cross and his rivals have hit some hard realities as they try to propel their industry into the digital age at last. Word spread fast through the business when Mercuria, the Swiss-based commodities house where Cross is head of operations, successfully tested an oil trade. 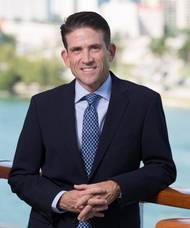 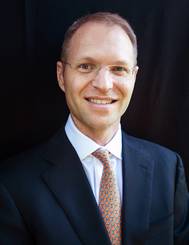 Investment bank Blackhill Partners has appointed Hardin Bethea as a Director. “We have known and worked with Hardin Bethea for nearly a decade and in 2014 closed a $500 million dry bulk financing with Hardin serving in the lead role,” said Jeff Jones, Managing Director of Blackhill Partners. With more than 18 years of experience in investment banking, investment management and corporate finance, Bethea has extensive experience in the maritime and seaborne trade industry. He has invested in and advised shipping companies for more than 14 years…

United Arab Shipping Co (UASC) is considering the sale of its stake in United Arab Chemical Carriers (UACC) for oil and petrochemicals  as part of its plans to merge with German container line Hapag-Lloyd, says Bloomberg. UASC hopes the sale will fetch over $600m, but deliberations are ongoing. Bank of America Corp has been tasked with finding buyers for the holding, says the report. The company held 95 percent of UACC according to the chemical shipping firm’s 2012 financial report, the most recent one available on the company’s website.

Off the coast of a nearly deserted island below the southern tip of Hong Kong, at least 10 massive ships that normally carry hundreds of thousands of tons of coal or iron ore lie idle near one of the world's busiest sea routes. These empty vessels paint a grim picture for the dry bulk shipping business that veterans of the industry say is grappling with an unprecedented crisis of too many ships and not enough cargoes. The hollow boats underscore the global economic doldrums that policymakers are struggling to overcome. "This is the worst we have seen in recent times.

Gazprom held the 10th annual Investor Day for the first time in the Asia-Pacific Region – in Hong Kong (February 3) and Singapore (February 5). Taking part in the events were Andrey Kruglov and Alexander Medvedev, Deputy Chairmen of the Gazprom Management Committee; Dmitry Lyugai and Vsevolod Cherepanov, Members of the Gazprom Management Committee as well as heads of the Company’s specialized structural units and subsidiaries. The events were met with great interest by the investment community. 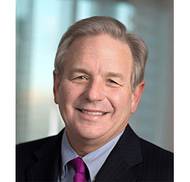 Shell Board Appoints Holliday as Chairman

Royal Dutch Shell plc’s board of directors has appointed Charles O. Holliday as chairman with effect from the conclusion of the 2015 Annual General Meeting (AGM), subject to his reappointment as a director of the company by shareholders at the AGM. Holliday will succeed Jorma Ollila who will step down from the board after having served as chairman for nine years. Holliday was appointed as the company’s nonexecutive director in September 2010, and is currently chairman of the corporate and social responsibility committee and member of the remuneration committee.

The Maritime Aquarium at Norwalk christened a larger, “greener” new research vessel on Friday, September 26 in preparation for launching a new era in examining, monitoring and teaching about Long Island Sound. The $2.7 million environmentally friendly research vessel, Spirit of the Sound, was christened and officially named during a ceremony at the Aquarium dock. Breaking a bottle on her hull was godmother of the boat, Astrid Heidenreich of Greenwich. The boat will reportedly be the first research vessel in the U.S. running on hybrid-electric propulsion.

PACC Offshore Services Holdings (POSH) is looking to raise between $304 million and $334 million in a Singapore listing, according to a term sheet seen by Reuters. POSH, which is part of the empire of Malaysia's richest man, Robert Kuok, operates a fleet serving offshore oilfields in Asia, Africa and Latin America. The company is also reserving the right to issue additional shares worth up to $46 million under a greenshoe option, meaning the total amount raised could be as much as $380 million.

Harvey Gulf International Marine leads the charge to recapitalize offshore support assets. Where will it lead next? In the midst of a red hot offshore boom, one that arguably has its epicenter squarely in the middle of the Gulf of Mexico, everyone seems to be busy: shipbuilders, operators, OEM vendors – everyone. Scores of new offshore assets are on the way. As it unfolds, three U.S.-based offshore support providers are pouring hundreds of millions of dollars into fleet and infrastructure renewals.

TBS International plc (NASDAQ: TBSI) has reached agreements with its bank lenders on terms to reduce its leverage and refresh its fleet. As part of these agreements, TBS and the syndicates led by Bank of America and DVB Group Merchant Bank have agreed on terms to restructure outstanding indebtedness that contemplate exchanging existing senior debt for new senior debt and equity and the refreshing of the TBS fleet by long-term charters of modern tweendeckers and bulk carriers.