Amid gathering gloom over the state of the Chinese economy, exporters of motorcycles, tractors, photocopiers and Christmas tree lighting will join thousands of other companies peddling their wares at China's largest trade fair Monday.Many of those exporters will have something in common - uncertainty over future U.S. orders as a trade war with the United States rages. The turmoil has added to concerns over the health of the Chinese economy, already under pressure from a cooling property market…

Korea Development Bank, the main creditor of the dissolved Hanjin Shipping Co. and state-owned entity, has put 10 Hanjin vessels up for sale in order to source back elements of its extended loans, reports Yonhap. According to the sources, potential buyers are required to submit their bids for the ships — two container ships and eight bulk carriers — by Feb. 21. Previously a South Korean court agreed to formally end Hanjin Shipping Co Ltd’s court receivership process after a two week appeal period, ending the business.

Rickmers Group Revenue Slides in First Half of 2016

In the first half of 2016 the Rickmers Group generated consolidated revenues of €249.3 million ($279 mln), 13.9 percent lower than in the corresponding period in 2015 (€289.6 million, $324 mln). The main underlying factors are the persistently strained market situation, expiring high-margin charter contracts, follow-on charters at the prevalent low market rates, lower freight earnings, and a sharper decline in capacity utilization in the project cargo business. The Group’s operating result before interest…

Indonesia Port Corporations (IPC) or PT Pelabuhan Indonesia (Pelindo) II, Indonesia’s state-owned port operator is to build 22 ports in the country in the next five years for an anticipated cost of around $3.5 billion. “We are targeting to build 22 ports from Belawan to Sorong within five years,” Pelindo II chief executive Richard Joost Lino said. The Indonesian port projects are to be financed by cash and loans and once completed each will have a capacity of 2.5 million TEUs.

Norwegian shipping company GC Rieber Shipping ASA has entered into an agreement with Dolphin Geophysical to increase Dolphins competitiveness in a challenging market. Rieber has agreed to take early redelivery of the survey vessel Polar Duke from Dolphin  as part of an overall restructuring agreement. The deal will reduce $16million of hire payments for GC Rieber. Together with Dolphin’s improved terms of bank loans and reduced charter rates on Dolphin’s vessels from fellow Norwegian shipping firm Sanco, the deal will significantly improve Dolphin’s costbase.

Financially troubled Chinese shipbuilder Sainty Marine has announced Bank of China and China Exim Bank have frozen its bank accounts. Shenzhen-listed Sainty Marine has also announced that it has reached an agreement with Dutch ship investment firm, Universal Marine, for the cancellation of four 2,350teu containerships. Universal Marine ordered the vessels at Sainty Marine in March 2014, however, it has been unable to secure the financing to start the newbuilding project, which has led to the cancellation of the vessels. No compensation is involved in the agreement. 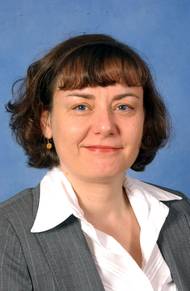 International accountant and shipping consultant Moore Stephens is to make representation to Her Majesty’s Revenue & Customs in connection with recently issued draft revised guidance in respect of the U.K. tonnage tax regime, some of which it considers to be unhelpful. Moore Stephens tax partner Sue Bill said, “None of the changes are fundamental. Indeed, some of them are helpful, for example the revised comments regarding the circumstances in which a tonnage tax company is regarded… 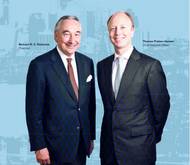 A Container Ship Owner Who Got 2012 Right

"As we close the 2012 books, we have every reason to be satisfied with the Trust’s positive results," says Rickmers chairman. Extracts from chairman, Bertram R.C. The business performed well operationally, with all sixteen [container] vessels generating strong revenues. Rickmers Maritime, being specifically structured around long-term fixed-rate time charter contracts, is largely insulated from the renewed pressure on time charter rates. The challenges to our industry are by no means over.

Sølvtrans has signed a contract with  Zamakona Yards for the construction of another well-boat (live-fish carrier). Delivery is scheduled to early 2014. The vessel is a sister ship of Rojna Polaris, currently under construction at Zamakona Yards, and in addition, Solvtrans has entered an option for two additional vessels with delivery in second half of 2014 and first half of 2015. The investment, amounting to some NOK 250 million (€ 22 million) per vessel, will be funded through a combination of internal means and bank loans.

Sølvtrans has signed a new contract with the Spanish shipyard Zamakona Yards for the construction of a new 3,200 cu. m. well-boat. Delivery is scheduled to early 2014. The vessel is a sister ship of Rojna Polaris, currently under construction at Zamakona Yards. Further, the company has entered an option for two additional vessels with delivery in second half of 2014 and first half of 2015. The investment, amounting to some NOK 250 million (€ 22 million) per vessel, will be funded through a combination of internal means and bank loans.

Singapore-based Otto Marine sells Work Maintenance Vessel 'Oranda 1' for US$38.0-million, simultaneously bareboat-chartered back for GofM work. The sales transaction sets to improve the Group’s cash flow and balance sheet. Oranda 1, of LOA 75 m  is an ABS-classed 4,200bhp Work Maintenance Vessel that has completed 4 projects in South East Asia since May 2010. Contemporaneous with the sales transaction, the Group’s subsidiary, Karp Marine Limited, has bareboat chartered back the vessel for a period of 5 years.

Mitsui O.S.K. Lines, Ltd. (MOL) announced that the company determined the terms and conditions for the issuance of its 13th series of unsecured bonds (with inter-bond pari passu clause) on December 11, 2009, and completed the issuance and payment on December 17. When raising funds to bolster business activities, MOL has been focusing on stability of fund procurement and cost competitiveness. Additionally, considering unpredictable financial market conditions since the “Lehman Shock” in 2008…