The structure and technics at Kiel’s shunting station in Meimersdorf have been enhanced in such a way that freight trains with an effective length of 740 m (535 m before) can enter and exit the station as of now. On the occasion of an official ceremony taking place on November 7th, the Management Representative of the Deutsche Bahn AG for the Federal States of Hamburg, Bremen, Lower Saxony and Schleswig-Holstein, Manuela Herbort, inaugurated the optimized entry track together with Kiel’s Lord Mayor Dr Ulf Kämpfer…

Latvia recorded the strongest real growth among European states in the first quarter of 2018, posting a seasonally adjusted rise of 5.1 percent on strong domestic demand, driven by EU funded major projects, and greatly consuming private households. Goods flows in the Baltic States move not least of all via the Ports of Lübeck and Hamburg. Just how closely the German economy is linked to this Baltic state was showcased at an event in Liepaja, Latvia initiated by Port of Hamburg Marketing jointly with the Ports of Lübeck and Liepaja…

French-based CMA CGM, one of the world's largest container shipping firms, has agreed to acquire Finland's Containerships from Container Finance Ltd Oy.Terms of the deal, which is expected to close in three to six months, were not disclosed.Containerships, which recorded sales of 227 million euros ($263 million) last year, ships cargo between Finland, Russia, the Baltic States, continental Europe, the UK and Ireland as well as in the Mediterranean region between Turkey and North Africa, it said in a regulatory filing.The acquisition will add to CMA CGM's regional network in northern Europe and

MSC Grandiosa to be Named in Hamburg

MSC Meraviglia officially made her maiden call at the port of Hamburg today, marking the start of her new as well as the brand’s best and most accessible-ever season in Northern Europe. At the traditional exchange of crests attended by Senator Horch from the City of Hamburg as well as representatives from the Ports and other institutions, media and travel partners, MSC Cruises, the Swiss-based world’s largest privately owned cruise line and now for the third consecutive year brand market leader across the whole of Europe…

Port of Hamburg Seaborne Cargo Down Slightly in 2016

First-half seaborne cargo throughput of 70.2 million tons reflected stabilization of the trend for the Port of Hamburg. At the same time, a steep increase occurred in freight transport by rail to/from the Port of Hamburg. At 70.2 million tons, in the first half total seaborne cargo throughput, which includes the general and bulk cargo segments, was slightly – 0.9 percent – down on the previous year. In the first six months of 2016 containerized cargo handling totalled 4.5 million TEU – 20-ft standard containers – corresponding to a downturn of 1.2 percent.

The Port of Kapellskär, Sweden, is being rebuilt to be able to accommodate larger vessels and meet market demands for current and future freight volumes. Now that the new 245 metre-long pier is completed, the port has two new modern quay-berths. The new pier has been operational from yesterday (13th June). The entire port is expected to be completed before the end of 2016, following three years of construction work. “It feels really good now that the new pier is ready and we can see the results of what we have worked on for so many years…

The International Maritime Organization (IMO) agreed this week that the Baltic Sea special area for sewage discharges from passenger ships under Annex IV or the MARPOL Convention will take effect by latest 2021 for IMO registered passenger vessels. If a passenger vessel has an approved sewage treatment plant, meeting all IMO standards, it may discharge its effluent in the Baltic after treatment. However, in certain cases of direct passages between St. Petersburg area and the North Sea there is a two-year extension to the deadline, until 2023.

Britain is doubling its naval deployments to North Atlantic Treaty Organization (NATO) in a move aimed a showing enemies that "we are ready to respond to any threat", the Defence Secretary Michael Fallon has announced. Britain will play a bigger role in NATO maritime exercises and activities in 2016, the Ministry of Defence (MoD) said. The UK will reportedly send five extra ships to the Baltic and additional troops to be stationed on a rotational basis in six countries bordering Russia.

Six months to the day ahead of the naming ceremony, Mein Schiff 5 was launched today at the Meyer Turku Oy shipyard. Following a construction period of 14 months, Ferdinand Strohmeier, Vice-President Operations TUI Cruises, was on hand for the so-called “floating” celebrations. Together with Dr. Jan Meyer, head of the shipyard, and other members of the Mein Schiff 5 project team, he opened the bulkheads to flood the dry dock. The water flowed despite the bitter cold of -12 degrees Celsius. In the next few hours, the dock will fill with up to 300 million liters of seawater.

US Navigation Moves in S.China Sea to Continue

The United States will conduct freedom of navigation operations in the South China Sea again, U.S. Defense Secretary Ash Carter said in a speech on Saturday, although he gave no timeline for any such actions. Carter's comments, delivered at a defense forum at the Ronald Reagan Presidential Library in California, came at the close of a trip to Asia, where he cruised on a U.S. aircraft carrier operating in the South China Sea and blamed Beijing's island-building for rising tensions in the region. In October, a U.S.

The CMA CGM Group announced that the European Commission has approved its acquisition of OPDR. In order to finalize the acquisition, which was announced on November 25, 2014 by Jacques R. Saadé, founder, Chairman and Chief Executive Officer of the CMA CGM Group, the approval of Moroccan and European Union competition authorities was necessary. On June 29, the European Commission finalized the process by giving its approval without any conditions. OPDR is a sea carrier that was part of the Bernhard Schulte Group. 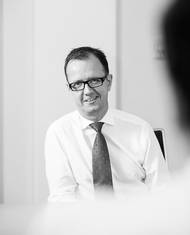 The Meyer Turku Oy yard in Turku, Finland, celebrated a historical day on October 10, 2014. Meyer Turku Oy, which officially changed ownership only three weeks earlier with the takeover by Papenburg, Germany cruise ship building power Meyer Werft, floated out the cruise ship Mein Schiff 4. Jan Meyer, the CEO of Meyer Turku Oy, and Wybcke Meier, the new CEO of TUI Cruises opened the valves to flood the dry dock. In May 2013, about 17 months ago, Turku shipyard celebrated the keel-laying of Mein Schiff 3 and start of production of Mein Schiff 4.

The world-leading Finnish wave energy technology developer AW-Energy has taken another major step towards commercialising its WaveRoller™ technology. In mid-August the company signed a Framework Agreement with the independent certification organisation Lloyd’s Register Energy. The agreement will see Lloyd’s Register Energy utilise its considerable experience of marine power generation assets to provide a valuable independent review of all stages of the work carried out by the WaveRoller™ team.

The Kiel Canal, one of Europe's most vital shipping waterways, shut down after two neglected locks finally gave up the ghost. It's the world's most heavily trafficked man-made shipping lane, but since Wednesday few ships have been seen on the 100-kilometer (62-mile) long Kiel Canal, which cuts through the northern German state of Schleswig-Holstein to form a roughly 450-kilometer shortcut between the North and Baltic Seas, reports Spiegel Online International. Although the canal is under the jurisdiction of the federal government…

STX Finland and STX Windpower are  starting a joint collaboration on turnkey windpark supply in Northern Europe, focusing on offshore sites in the Northern Baltic Sea region and onshore sites in Finland, Sweden and the Baltic states. A Letter of Intent was recently signed by both companies stating that STX Windpower B.V. supplies direct drive turbines and STX Finland completes the project on an EPCI basis. In addition to turnkey windpark supply, the joint offering also includes complete lifecycle support… 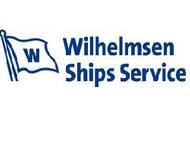 Wilhelmsen Ships Service has announced two key appointments in Russia as part of its ongoing programme of global expansion. Alexander Fomin has been appointed Account Manager West Russia and will be based in St.Petersburg, handling customer accounts in St.Petersburg, Moscow and the Volga River regions. Mr Fomin, who qualified at the Russian Far East Maritime Academy department of Engineering, steps up from his role as Port Sales Engineer for the company. His previous experience includes six years at sea as well as an appointment as technical manager for a shipping company.

With 110 million tons of sea-borne cargo handled in 2009, a year impacted by the global economic and financial markets crisis, Germany’s biggest universal port fell short of the previous year’s result by around 30 million tons (- 21.4 percent). Improvements are in sight for the year 2010, and port-related industries anticipate a moderate level of growth. Claudia Roller, Chairwoman of Port of Hamburg Marketing Association presented the cargo-handling figures for 2009 at the annual Port of Hamburg press conference.

An optimized propeller from MAN Diesel has helped the Scandlines passenger ferry, the M/V Sassnitz, achieve increased efficiency of 12% on its daily sail between Trelleborg, Sweden and Sassnitz, Germany. Scandlines is one of Europe’s largest ferry companies, a result of the fusion between the largest, national ferry lines in Denmark and Germany. Business is based on the swift and reliable transport of both passengers and cargo on international routes within Danish, German and Swedish waters, as well as further afield to the Baltic states and Finland.