Japanese shipping giant Mitsui O.S.K. Lines (MOL) formulated MOL Group Environmental Vision 2030 to present our cutting-edge initiatives for environmental preservation."Shpping companies are responsible for undertaking the marine transportation vital to the infrastructure underpinning people's daily lives worldwide," it said.MOL established a policy to equip its vessels with ballast water treatment systems in fiscal year 2014, ahead of the issuance of the Ballast Water Management Convention in September 2017.As of April 2019… 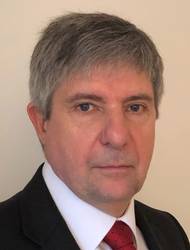 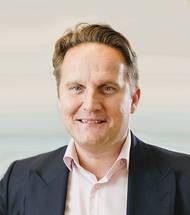 Evac announced it will acquire Cathelco, a  manufacturer of equipment for ships and offshore installations, a synergistic move for Evac as Cathelco customers include Evac’s current marine and offshore customer groups, including ship owners, shipyards, fleet managers, rig owners and operators, oil companies, navies, and designers. The acquisition gives Evac the opportunity to further expand its cleantech solution portfolio to its customers with the addition of new systems, while also opening up new business opportunities in terms of ballast water treatment systems.

German based company, Peter Döhle Schiffahrts-KG signed an Agreement with Erma First S.A., manufacturer of Ballast Water Treatment Systems (BWTS), for the installation of BWTS onboard its vessels.Erma Firstis represented in Germany by MOE Marine & Offshore Equipment, who has handled this prestige project during the last 18 months.After a thorough review of the different Ballast Water Treatment Systems (BWTS), Peter Döhle Schiffahrts-KG has decided to partner with Erma Firstfor the delivery of its approved BWTS on their entire fleet…

Mitsui O.S.K. Lines (MOL) announced a plan to issue green bonds (its 20th and 21st series unsecured corporate bonds) through a public offering in Japan's domestic market. It also announced the acquisition of a second opinion from a third-party institute.Japan's 1st Green Bonds are aimed at individual investors. Green bonds are used to raise funds for businesses aimed at protecting and improving the environment.MOL established the MOL Group Environmental Vision 2030 in April 2017… 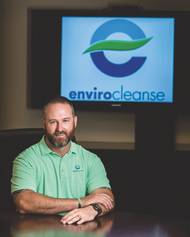 Recovery in the crude tanker shipping market is not expected until 2020 as weak trade growth and a bloated orderbook limit any rate recovery. But the timing of any market upturn will be heavily influenced by the level of scrapping, according to the latest edition of the Tanker Forecaster, published by global shipping consultancy Drewry. The ongoing overcapacity in the tanker market is expected to persist further in 2017 because of a sharp increase in deliveries. Although tonnage deliveries are projected to decline after 2017… 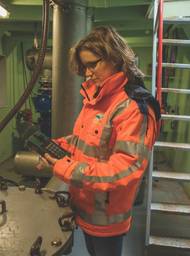 We are quickly approaching September 8, 2017, the date when the International Ballast Water Convention will enter into force requiring ships to manage their ballast water using methods to remove or render harmless organisms contained within their ballast water. This is in an effort to halt the spread of invasive species that have crippled many local ecosystems, both monetarily and environmentally, in some cases causing irreparable damage. In the U.S., the regulations are already in place. Recently, the U.S.

The Chinese manufacturer SunRui and classification society DNV GL celebrated last week, as Sunrui became the fourth manufacturer of ballast water treatment systems (BWTS) to obtain type approval from the U.S. Coast Guard (USCG). Its BalClor system treats ballast water in three steps: Filtration, seawater electro-chlorination for disinfection and neutralization. The company is the first Asian manufacturer to be awarded the USCG type approval certificate for BWTS. As one of five independent laboratories accredited by USCG, DNV GL worked with SunRui on the testing of its BWTS. 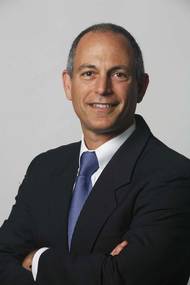 The Belgium-based  crude oil tanker company Euronav has taken affirmative action in response to a weaker tanker background, said a press statement from the company. The Company has a strong balance sheet with low leverage and access to over USD 800 million of liquidity following its entry into the debt capital markets during Q2. High quality fixed income (the FSO vessels and 4 x 7 year Suezmax time charters) secured via strong relationships and with visibility to 2025 provides…

Norway’s IMS group AS announced it has signed a purchase agreement with the OceanSaver Trustee to acquire the ballast water treatment system manufacturer’s intellectual property, certificates and assets following its bankruptcy filed on September 13, 2017. OceanSaver had sold approximately 200 ballast water treatment systems and was among the first suppliers to be approved by IMO, to successfully complete the stringent test regime by the U.S. Coast Guard and to obtain a USCG type approval in December 2016.

Manufacturers and stakeholders in the ballast water treatment equipment market have codified a unified manufacturers’ association.The Ballastwater Equipment Manufacturers’ Association (BEMA) met on April 19, 2018 for their first Annual Meeting and elected the inaugural Board of Directors.According to the group, the need for this association arose from the growing demand for well-founded information on the practicability of ballast water treatment technologies, as well as on the…