While the sea is vital to the European economy, it can also be a haven for criminals and terrorists. Threats in the maritime domain include piracy, trafficking of drugs and arms, illegal immigration, illicit trade, illegal fishing, and environmental crimes. Maritime accidents and disasters are also a concern.Securing maritime traffic and human lives is fundamentally important for our continued well-being. The most important way to cost-effectively enhance security and safety at… 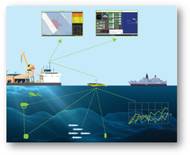 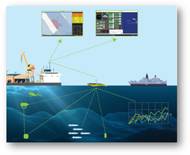 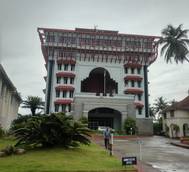 The International Association of Dredging Companies (IADC) bestowed the Young Author Award to Liesbeth De Keukelaere, R&D Professional at VITO in Belgium. IADC’s Young Author Award is given annually to “stimulate the promotion of new ideas and encourage younger men and women in the dredging industry”. The award is granted at industry-leading conferences, with a winning young author selected from the proceedings of the CEDA Dredging Days 2019, held on November 7-8, 2019, in Rotterdam…

About one-third of the oil tankers owned by COSCO Shipping Tanker (Dalian) have shut off their ship-tracking transponders since the United States imposed sanctions on the company for allegedly shipping Iranian crude, shipping data showed.From Sept. 30 to Oct. 7, a total of 14 COSCO Dalian ships, six of which carry some oil, stopped sending location data from their automatic identification system (AIS), ship tracking data on Refinitiv Eikon showed. The U.S. imposed the sanctions on Sept.

Oceans X is a new web-based platform that allows a wide variety of users such as port agents, bunkers suppliers, port chandlers, port authorities, banks and others to track and monitor tankers and dry cargo vessels globally and in real-time. Oceans X’s vessel monitoring technology uses a combination of automatic identification system (AIS), artificial intelligence (AI) and predictive data analytics to add value for the user.For example, sing Ocean X’s Distance tool feature, which is available to all users for free…

Aerospace solutions provider Airbus Defense and Space has upgraded its digital maritime service to detect and track vessels around the globe.First launched in 2018, OceanFinder leverages Airbus’ advanced constellation of optical and radar satellites, combined with real-time global Automatic Identification System (AIS) data, and the latest in automated analytics, to support a broad range of critical applications across defense and security, shipping, oil and gas, and insurance…

The technology group Wärtsilä has successfully completed the installation and operational staff training for its Vessel Traffic Service (VTS) solution in the ports of Lisbon and Setúbal / Sesimbra in Portugal.The systems will increase the efficiency of these ports by reducing waiting time for vessels and allowing just-in-time pilotage. The state-of-the-art solution has been developed and supplied by Transas, a Wärtsilä company. The project was booked in July 2018 and completed in January 2019.The complex project comprised…

Oceaneering International, Inc. announced that its TerminalSmart platform can now be used to manage all liquid terminal product movements across the entire facility from the dock to tanks and pipelines. Proven at the dock where it has been used by major oil and gas companies and liquid storage terminals to significantly improve efficiency during a period of unprecedented growth in vessel transportation traffic, the platform now serves as the hub for all terminal logistics, from facilitating key performance indicators (KPIs) to warning users about scheduling conflicts.

Mitsui O.S.K. Lines (MOL) announced an agreement with Furuno Electric Co and MOL Techno-Trade to jointly develop a system that supports ship operation during voyages using augmented reality (AR) technology. In this project, information, such as other ships sailing around the vessel and landmarks like buoys at sea, can be shown on tablets and other displays, based on data from the Automatic Identification System (AIS). Images of landscapes taken from the bridge can also be shown on the same tablets… 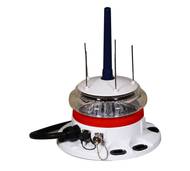 Sealite, a manufacturer of marine aids to navigation, has introduced a mid-range lantern with a fully integrated automatic identification system (AIS) inside its body. Sealite's SL-155 series are high intensity 6-13NM medium range marine lanterns. The compact single tier lantern features extremely low power consumption, minimal maintenance and now comes available in 2.5, 5 or 10 degree vertical distributions with an integrated Type 1 or Type 3 AIS. When fitted, the AIS is encapsulated within the body of the SL-155 so no additional mounting or cables are required for a separate AIS unit.

The SESAME Straits project utilizes e-Navigation concepts to reduce maritime traffic congestion and hot spots, as well as improve traffic safety and efficiency. Leading up to the recent Singapore Maritime Technology Conference, the project conducted a successful demonstration in close collaboration with Maritime and Port Authority in Singapore. The SESAME Straits project (Secure, Efficient, and Safe maritime traffic Management in the Straits of Malacca and Singapore) is a 3-year joint Singapore and Norway project…

Green Signal for India-Bangladesh MoU on Aids to Navigation

A review of coastal navigation safety by Maritime NZ has found that there is a sound framework in place to manage the movement of ships around the New Zealand coast, with procedures in place to assess risk and adjust safety measures if required. Maritime NZ Director Keith Manch said the review, begun in April last year, was prompted by an anticipated increase in the number of ship visits to New Zealand, a trend toward larger ships, and technology changes in navigational aids.

The U.S. Coast Guard published guidance that allows mariners to use electronic charts and publications instead of paper charts, maps and publications. Issued February 5, the Navigation and Vessel Inspection Circular, NVIC 01-16 establishes uniform guidance on what is now considered equivalent to chart and publication carriage requirements. Combining the suite of electronic charts from the U.S. hydrographic authorities and the Electronic Charting System (ECS) standards published this past summer by the Radio Technical Commission for Maritime Services…

Transas informs it has installed the fifth simulator for high-level training for pilots who operate in the port of Dunkirk in France. The pilot station is now equipped with the latest generation of the Transas navigational simulator Navi-Trainer Professional 5000, which capabilities allow to steer any kind of ship in combination with any propulsion and steering system available on the market, Transas said. The compact simulator version was particularly adapted to the Dunkirk station's budget and training objectives.

Port Operations Can Be Risky Business

The horrific explosions in the Chinese port of Tainjin illustrated vividly just how volatile port operations can be. But safety issues are only one facet of risk in the complex world of shipping ports. From piracy on the high seas to data thievery in port, players all along the shipping value chain need to be on constant alert for the dangers that nature and human actions can present. Political unrest, theft, smuggling and corruption all figure in to the risk picture that ship owners, brokers, and cargo owners have to consider when planning and executing port calls.

Southeast Asia is likely to see a record number of ship hijackings in 2015 as demand for illicit oil, together with a well-established black market, will continue to drive maritime attacks in the region, advises private maritime security company PVI. In the absence of a stronger law enforcement response, ship owners and operators, especially for small tankers, face increasing operational, financial and security threats, warns PVI. Singapore-flagged Joaquim became the latest victim of small tanker hijackings on August 8…

The eight Indonesian nationals arrested by Vietnamese authorities and suspected of hijacking the Malaysia-flagged tanker Orkim Harmony confessed to the crime, says a report in The Straits Times. Thirteen individuals were involved in the hijacking of the MT Orkim Harmony, with five remaining at large, the Malaysian Maritime Enforcement Agency (MMEA) confirmed. The 2009-built, 7,301 dwt Orkim Harmony, which was carrying 6,000 tonnes of unleaded petrol from Malacca to Kuantan with 22 crew members, was hijacked on 11 June. The vessel is owned by Magna Meridian Sdn Bhd.