In 2018,  Shell's huge floating liquefied natural gas (FLNG) Prelude, the world's largest vessel, will begin its job of extracting and processing gas at sea, reported CNBC. The 488-meter-long and 74-meter-wide floating facility left the shipyard in South Korea in late June and reached the Australian waters in late July. Currently, the vessel, which is almost one-third of a mile long with a deck longer than four soccer fields,  sits at its first location, Shell's Prelude gas field, around 125 miles north off the Western Australian coast.

Hong Kong flagged bulk carrier Five Stars Fujian has been banned from Australian ports for 12 months once it was discovered that the vessel lacked sufficient provisions for its intended voyage and the crew had not been paid in several months. The Australian Maritime Safety Authority (AMSA) issued the ban after detaining the vessel August 12. The vessel has been at anchor off Gladstone since July when it was arrested by the Federal Court over a commercial matter. “The crew of the Five Stars Fujian have been forsaken off the Australian coast for over two months…

The International Transport Workers’ Federation (ITF) maritime coordinator Jacqueline Smith today described the Australian senate hearings into flag of convenience (FOC) shipping taking place in Canberra as raising “shocking concerns”. According to the ITF, the fact that the captain of the ‘death ship’ Sage Sagittarius – on which three people have died in suspicious circumstances – was allowed to work off the Australian coast for eight months, despite claims of involvement in potential firearms offences, is the latest revelation to emerge at the hearings.

This afternoon HMAS Waller, one of the Royal Australian Navy’s submarines, experienced a fire whilst on the surface off the West Australian coast. Emergency response actions were taken to extinguish the fire.   There were no causalities. As a precaution four members of the ship’s crew who were involved in the response to the fire have been landed for observation.   HMAS Waller had recently completed a scheduled maintenance period and was at sea as part of her return to operations. A full investigation into the incident will be held.  At this stage no further details are available. 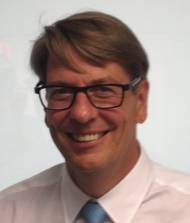 In the early hours of 18 May 2012, while transiting the Coral Sea, ID Integrity’s main engine shut down when its fuel pump reversing mechanism came free and jammed. This caused the camshaft to bend and slip in a drive coupling which resulted in the camshaft being out of timing and therefore the engine could not be restarted. The ship drifted in a westerly direction towards the Australian coast and the Great Barrier Reef. During the afternoon of 19 May, the ship passed over Shark Reef, located about 60 miles east of the Great Barrier Reef Marine Park, without incident.

The Australian Maritime Safety Authority (AMSA) has released a 'Request For Tender' for a level-two emergency towage contract. While the safety standards of commercial shipping have steadily improved, internal experience has shown that a single major pollution incident can result in huge losses, not only to the marine environment, but also to coastal communities, and recreational and commercial activities. Under the contract, effective from June 2013, suitably equipped tugs will…

MOL-operated Bulk Carrier Rescues 2 from Yacht adrift off Australia. Mitsui O.S.K. Lines, Ltd. (MOL; President: Koichi Muto) today announced that the MOL-operated bulk carrier Yahagi Maru rescued two sailors from the yacht Mehitable, which was adrift at sea approximately 350km off Brisbane, Australia.On the morning of June 5 (local time), the Yagagi Maru, which was under way from Japan toward Newcastle, New South Wales, received an SOS from the Mehitable which was in distress about 40 miles away, they also received a request from the Australian coast guard at the same time.