Atlantic Container Line (ACL), a Grimaldi Group Company, has agreed a new 15-year contract extension for container and roll-on/roll-off operations at the Port of Liverpool until 2035. Peel Ports Group is making a significant investment at RSCT to accommodate ACL’s new fleet of G4 vessels, which are registered in the UK and fly the Red Ensign. The passage entrance into the Seaforth Basin has been widened by 28 metres to allow safe access for the large G4 vessels into the terminal.

The 'Grande Halifax' Christened in Halifax

The Pure Car & Truck Carrier Grande Halifax, owned and operated by the Grimaldi Group, has been christened yesterday in Halifax, New Scotia. Godmother of the new vessel was Ms. Karen Oldfield, President and CEO of the Halifax Port Authority. A ceremony took place at Halterm/Autoport with the presence of a distinguished delegation composed of representatives of civil and maritime authorities, among which the mayor of Halifax Michael Savage, Members of Parliament, the honorary consul of Italy in Halifax Marilisa Benigno…

A new Liverpool City Region maritime academy is issuing a call to the public for Bootle related maritime memorabilia, especially if connected with the Battle of the Atlantic and its great hero, Capt Johnnie Walker. Port Academy Liverpool (PAL), which will be based in Capt Walker’s former homeport of Bootle opposite his home on Pembroke Rd, wants to create the best possible archive to celebrate Bootle’s illustrious maritime heritage and inspire young people into careers connected to the sea.

Atlantic Container Line (ACL) took delivery of Atlantic Sail last week, the second of five new conro (container and roll-on/roll-off) - new G4 generation vessels - ships the company is building as part of its fleet renewal process. The Atlantic Sail will sail from China early in the week of April 4th and will take its place in the company’s transatlantic schedule in early May. The remaining three G4 vessels will all be delivered during this year. The ACL G4 vessels are the first of their kind and the largest multipurpose RORO/Containerships ever built. 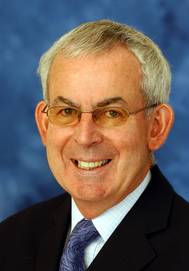 Press release- Jim Teasdale, CEO of Mersey Maritime, has announced his retirement after 11 year at the helm of the industry representative body. His last day in the role will be Wednesday, September 30, 2015. Teasdale was a founder director of the Birkenhead based not-for-profit organization, set up in 2003 to represent the interests of the Ports and Maritime Sector on Merseyside, by helping to create the right conditions for business growth. He leaves Mersey Maritime in a healthy position, acting as a linchpin between the private and public sector. 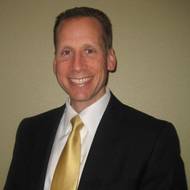 Maher Terminals LLC, a multiuser container terminal operator in North America, announced the appointment of Frank Capo as Senior Vice President-Commercial. Capo's overall responsibility for Maher will be to drive and formulate Maher's commercial and customer service strategy, and will report to Gary Cross, President/CEO. Capo began his career at Maher in 1990 as a superintendent. He continued on to ACL (Atlantic Container Line), then Inchcape Shipping Services where his position as Senior Vice President and North America Operating Officer took him to the Midwest and the West Coast.

Wilhelmsen Ships Service (WSS) announced it has strengthened its Singapore-based management team to reflect increased levels of business and a focus on expanding service provision across the Asia-Pacific region. Hege Solstad will draw on 25 years’ experience in shipping and logistics as Regional Director, WSS Asia Pacific, while 14-year Wilhelmsen Group veteran Harald Lundestad has been appointed General Manager for WSS Singapore. Both individuals bring key skillsets to the WSS Asia operations…

Mersey Maritime celebrated its 10th anniversary with a summit featuring presentations by business leaders from across the region's maritime sector. Close to 100 members of the trade group - which represents more than 1,700 firms across the shipping, ports and logistics sector on Merseyside – gathered for the event at its headquarters in Monk's Ferry, Birkenhead. The evening also marked the official handover of the chairman's baton from incumbent Ian Higby, of Atlantic Container Line, to John Hulmes, a partner and maritime solicitor with Hill Dickinson in Liverpool.

ACL's New CONRO's to be Built to UK Standards

Atlantic Container Line (ACL) confirm that their five new roll-on roll-off containerships (CONROs) will be built to UK standards. The five new vessels are being built at the Hudong-Zhonghua Shipbuilding (Group) Co. Ltd in Shanghai China. They are the first of their type ever built with a container capacity of 3800 TEUs plus 28,900 square metres of Ro-Ro space and a car capacity of 1,307 vehicles. All five vessels will be delivered in 2015 and will replace the companys existing transatlantic fleet of five vessels.

Atlantic Container Line (ACL) contracts Hudong-Zhonghua Shipbuilding to build world's largest largest RORO/Containerships (CONRO's). The G4 (Generation 4) vessels will replace ACL's existing fleet of G3 CONROs operating in the company's transatlantic service. All five vessels will be delivered in 2015. The new vessels will be the first of their type ever built. They will be bigger, faster, greener and more efficient than their predecessors. The G4's will have a container capacity of 3800 TEUs plus 28,900 square meters of RORO space, with a car capacity of 1307 vehicles.