Indonesia and India pledged on Wednesday to step up defense and maritime cooperation, with plans to develop a strategic Indonesian naval port in the Indian Ocean, the leaders of the two countries said after meeting in Jakarta. Indonesian President Joko Widodo met Indian Prime Minister Narendra Modi to discuss, among other issues, developing infrastructure and an economic zone at Sabang, on the tip of Sumatra island and at the mouth of the Malacca Strait, one of the busiest shipping channels for global trade.

Philippine President Rodrigo Duterte and Indonesian President Joko Widodo on Sunday launched a ferry route that will connect the two countries. The Davao-General Santos-Bitung roll on/roll off shipping service from Mindanao to North Sulawesi, Indonesia at the Sasa port in Davao City is launched in a bid to further boost trade in the Association of Southeast Asian Nations region. According to local media reports, the vessel sailed off for the Davao-GenSan-Bitung sea route with initial 50 containers, five of which are flour cargoes produced by Pilmico Foods Corp.

ASEAN in Discord Ahead of Meeting with top China, U.S. Diplomats

Southeast Asian nations were thrown into disarray after Cambodia on Saturday blocked them from issuing a statement referring to an international court ruling against China's territorial claims in the South China Sea, diplomats said. The U.N.-backed Permanent Court of Arbitration in the Hague handed an emphatic legal victory to the Philippines in the maritime dispute earlier this month, denying China's sweeping claims in the strategic seaway. Foreign ministers from the Association of Southeast Asian Nations (ASEAN) will meet for the first time since the ruling on Sunday, before hosting U.S.

France aims to push European Union countries to coordinate navy patrols in the disputed South China Sea, French defence minister Jean-Yves Le Drian said at the Shangri-La Asian defence forum in Singapore on Sunday, according to Bloomberg. A senior French official travelling with the minister said France will discuss plans with EU partners in coming weeks, with a focus on guaranteeing that EU navies regularly crisscross the waters. "Could we not have the European navies coordinate in order to ensure a regular visible presence in maritime areas in Asia?

The United States and the Association of Southeast Asian Nations (Asean) are taking their relationship to a new level, thanks to heated tensions in the South China Sea. China, a key ally of North Korea, has said its committed to denuclearizing the Northth Korea, but has not been to agree with the US or the United Nations on how to achieve that goal. Asean leaders have reiterated their stand on wanting a peaceful resolution to the overlapping territorial claims in the South China Sea, said Datuk Seri Najib Razak.

US, Australia and EU Warn China on South China Sea

China was warned by many the United States and the European Union  that it should respect a ruling later this year on its dispute with the Philippines over territory in the South China Sea, reports Reuters. In a message has been sent to China, which is attempting to turn the artificial islands it has built in the South China Sea into military strongholds, US warned that its self-serving actions are unacceptable. With the South China Sea in mind, a joint statement by the leaders…

John Kerry Off to Asia to Address Maritime Issues

U.S. Secretary of State John Kerry is pressing for peaceful resolutions to increasingly tense maritime disputes in Asia, reports AP. Kerry arrived in the Laotian capital Sunday and will travel to China late Tuesday for meetings with Chinese President Xi Jinping, Chinese Foreign Minister Wang Yi and other senior officials, the State Department said. Laos is the current head of the Association of Southeast Asian Nations, whose members are becoming more vocal in complaints about China's growing assertiveness over competing claims in the South China Sea.

China made its pitch to ASEAN members to promote its Maritime Silk Road plans. China has said it will finish negotiations on upgrading the China-ASEAN Free Trade Area called CAFTA by the end of this year, said Vice-Premier Zhang Gaoli. He said economic and trade cooperation is the base and guide of the construction of the Belt and Road Initiative. "China and the Association of Southeast Asian Nations will further deepen economic and trade cooperation and mutually create an upgraded version of CAFTA," Zhang said.

The largest container shipper in Taiwan Evergreen Marine Corp will work with China's COSCO Group and China Shipping Container Lines Co to launch shipping services between China and Indonesia later this month. The three partners will assign four 2,000-2,700 twenty-foot equivalent unit (TEU) vessels to serve the new route. TEUs are used to measure the capacity of container vessels. The first sailing is planned to depart from Qingdao on the 20th of May, with the following the port rotation: Qingdao-Shanghai-Xiamen-Shekou-Pasir Gudang (Malysia)-Singapore-Surabaya (Indonesia)-Singapore-Qingdao.

Taiwan's Evergreen Marine Corp. is launching a new service soon to Vietnam, Singapore and Malaysia in a bid to tap into the booming economy in the Association of Southeast Asian Nations (ASEAN). Starting today (May 10), two 1,164 twenty-foot equivalent unit (TEU) vessels will take turns to ply the new route once a week, the shipping company said. It said the vessels will alternate on the weekly route from Haiphong in Vietnam, to Ho Chi Minh City also in Vietnam, Port Klang in Malaysia, Singapore, Tanjung Pelepas in Malaysia and back to Haiphong, taking 14 days to make the trip.

Chinese island-building efforts in the disputed South China Sea, where airstrips are being built on coral reefs, risk undermining "peace, security and stability" in the region, bedeviled the Asian leaders warned at a regional summit. According to a Reuters report, the Association of Southeast Asian Nations (ASEAN) Summit in Kuala Lumpur was overshadowed by the long-running maritime territorial dispute, as the Philippines drew the ire of Beijing which called its objections to the work "unreasonable".

In order to offer a more comprehensive service to shippers and importers in the Philippines, Evergreen Line will team up with Cheng Lie Navigation(CNC) to launch the new China-Philippines Service (CPH). Two ships around 1,000 TEU will be deployed on the new weekly service, each operated by the joint service partners. Shanghai - Ningbo - Xiamen - Shekou - Manila (South harbor) -Shanghai. The new service is in addition to the four feeder loops, which Evergreen offers serving the Philippines. 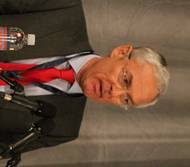 With Asia’s dynamic, robust and increasingly affluent economies helping to keep the international shipping industry buoyant, “the need for a unified Asian voice has never been more important”, Esben Poulsson, Honorary Secretary of the Singapore Shipping Association told delegates at the influential Connecticut Maritime Association (CMA) conference this week. Speaking on “The Fast And Furious Pace Of Change In Asia”, Poulsson advised the packed conference hall that the projected growth for the Association of Southeast Asian Nations (ASEAN) is 5.2% this year and 5.6% in 2015…

China's plans to sail a cruise ship to the Paracels Islands in the South China Sea ahead of the nation's coming May Day holiday likely to escalate tensions. China is planning to let tourists visit the Xisha Islands (the name China has given to the Paracels Archipelago) ahead of the forthcoming May Day holiday, according to  Vietnam's Thanhnien News, citing a  China state news agency Xinhua  report. An unnamed 47,000 tons cruise ship owned by Haihang Group with accommodation for 1,965 passengers is ready for sailing.