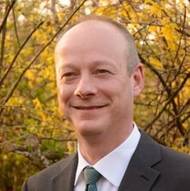 The International Cargo Handling Coordination Association (ICHCA) said it has appointed Richard Steele as the new head of ICHCA International. He will take over the role with effect from July 1, on the retirement of the current postholder Richard Brough O.B.E. Reporting directly to the board, Steele will lead the organization, which aims to help improve cargo handling throughout international supply chains and represents members of the cargo handling industry.Steele is a safety…

ABP’s Ports in the North West U.K. have added value to their survey capabilities by adding a Carlson Merlin LiDAR scanning system. The Merlin, supplied by Swathe Services, is a vessel-based 3D mobile laser scanner system engineered for coastal, offshore and inland waterway surveying and will be used to survey infrastructure around their ports and harbors.Chris Heppenstall, Hydrographer at Associated British Ports in the North West, said, “We wanted a system that would easily fit in with our existing vessel systems so that we could survey above and below the waterline at the same time.

Associated British Ports (ABP), the UK's largest port operator, teamed up with the Women in International Shipping and Trade Association (WISTA UK) to organize a reception to promote the ongoing effort to drive gender diversity across the maritime industry.The event celebrated the progress made to date and discussed ways to accelerate this momentum, it said.Set in London's iconic City Hall building during the first day of London International Shipping Week (LISW), London's premier shipping industry conference…

New Deal for Port of Immingham

Associated British Ports (ABP) announced new customers for the Port of Immingham this week as the port welcomed the first vessel in a new contract with customers Top Blue and The Fuel Trading Company.The new deal is expected to bring an extra 30,000 tonnes per year through the Port of Immingham – the largest Port by tonnage in the UK. The cargo being delivered is Prilled Urea which is a key part of the mixture for the AdBlue market.AdBlue is a fluid which is put into vehicle exhaust systems, helping to reduce emissions produced by diesel engines.

Associated British Ports (ABP), owner and operator of the Port of Lowestoft, has launched a consultation on the Port of Lowestoft Master Plan, a document that sets out ABP’s future vision for growth and development at the port from now until 2036, inviting stakeholders to have their say on the port’s future.Together with ABP's other two East Anglian ports, King’s Lynn and Ipswich, it contributes £360 million to the UK economy every year, supporting 5,300 jobs nationally.Coupled with ABP’s ongoing investment in its infrastructure…

Associated British Ports (ABP) said that its Port of Silloth has handled the first delivery of wood pulp for its new customer, Futamura Group, a Japanese manufacturer of cellulose and polymeric films for the packaging industry who have a major production site in Cumbria.The 2,500 tonne wood pulp delivery has been imported from South America and will be transported to the company’s production site in Wigton, Cumbria, which employs around 270 people. The wood pulp will be used to make Cellophane™ and NatureFlex™…

Associated British Ports (ABP) said that its Port of Lowestoft welcomed the Platform Supply Vessel (PSV) the Skandi Captain this week on its maiden call to the port.The visit is the latest in ABP’s partnership with Peterson UK Limited, the major logistics and service provider to the offshore energy industry.The Skandi Captain is the 50th additional call to Lowestoft since the Peterson agreement which was signed in January 2019, bringing vessel visits into the inner harbour on…

ABP Invests in New Agribulk Terminal at Port of Ayr

Associated British Ports Holdings (ABP), which owns and operates 21 ports in the United Kingdom, has announced a GBP 2.2 million investment in a new state-of-the-art warehouse at the Port of Ayr which will improve its customer offering.According to a press release from the port company, Work on the new 4,000 sqm agribulk terminal began in 2018 to support South West Scotland's growing agricultural sector.

R.M. Maritime to Use Port of Immingham

Associated British Ports (ABP) has secured new business handling 40,000 tonnes of steel each year at the UK’s biggest port, the Port of Immingham.Freight forwarding company R.M. Maritime, has chosen ABP to expertly handle steel destined to be used in the construction industry in the UK.The first shipment saw ABP successfully discharge over 12,579 tonnes of steel beams from the 147-metre-long New Age vessel.The steel imported from United Arab Emirates will be stored externally and then distributed by road to Rainham Steel based in Scunthorpe.Simon Bird…

Ahead of Brexit, ABP Increases Investment in Port of Hull

Port operator Associated British Ports (ABP) said on Monday it had boosted investments at its Port of Hull, bringing the total to 250 million pounds ($321.78 million) since the country's 2016 decision to leave the European Union.ABP said it was working to support businesses that are anxious about a no-deal Brexit and the potential "severe disruption" that it may cause with the March 29 exit date ticking closer."We have already seen volumes begin to rise at our ports on the Humber as customers look for alternatives to Dover," said ABP, which has 21 ports across England, Scotland and Wales.Prime

As agreement between Associated British Ports (ABP) container terminal located in Hull and Maersk, the world’s largest container shipping line,  to open a trading link between the north of England and the Far East.The service begins in the New Year into the 21-acre container terminal in Hull which has seen significant recent investment by ABP. The weekly feeder vessels will see ABP handle around 240 boxes per week, equivalent to 12,000 containers per year.“Unlocking this new trade gateway to the rest of the world is not only significant for the local economy…

A.P. Moller - Maersk, an integrated container logistics company, announced that it is moving its  North-East England coverage from Immingham to Hull.The existing connection between Immingham and continental Europe, will change to Hull, enabling better accessibility for local shippers and offering convenient connection with mainline services."Starting January 12th, 2019, the short sea service, operated by BG Freight and currently calling Immingham, will be moved to Hull Container Terminal in East Yorkshire…

The largest port in Europe the Port of Rotterdam Authority has been awarded the European Sea Ports Organisation (ESPO) Award 2018.The award was made in recognition of the port's engagement with the city or wider community through the creation of a good workplace environment for its current and future employees and the demonstration of its investment in a diverse and inclusive environment, facilitating mutual respect, non-discrimination and personal development.The ESPO Award was handed out by the Deputy Director-General of DG Move…

ABP Humber has joined the Association of Bulk Terminal Operators (ABTO) as a full member, in what marks a significant milestone for the newly formed trade association. Associated British Ports’ terminals in Hull, Grimsby, Goole and Immingham, which together handle more than 65 million tonnes of cargo annually, contributing over £2.2 billion  ($2.8bln) to the UK economy, join a growing ABTO membership-base that includes operators in the Americas, Europe and Asia. ABP Humber’s membership to ABTO follows that of another operator located on the UK’s east coast: Redcar Bulk Terminal…

New Cranes for Port of Swansea

The second of five highly efficient hydraulic cranes destined for Associated British Ports (ABP) facilities across the UK has arrived at ABP Swansea. Supplied and installed by the country's largest independent provider of port equipment, Cooper Specialised Handling, the Mantsinen 120M crane is part of a £6million deal between the two companies. A smaller version of the acclaimed equipment was recently installed at the port operator's facility in Teignmouth, Devon and it is now unloading 2,000T vessels two hours quicker, using less fuel, than the crane it replaced.

Associated British Ports (ABP) has contracted OceanWise to install Port-Log across all of ABP's 21 UK ports. The project has not required any of ABP's existing sensors to be replaced. A major benefit of Port-Log.net is its ability to accommodate a wide range of sensors from different manufacturers. Consequently, pressing deadlines for installing and testing the system were able to be met. The service utilises OceanWise' Smart Telemetry units to transmit data to a cloud server…

Cooper Specialized Handling, supplier of port equipment in the UK, has secured contracts with a total value of £6 million  ($7.7 mln) with Associated British Ports (ABP) for the supply of five Mantsinen hydraulic cranes. The five contracts include an order for the 200M, the world's largest hydraulic crane. Port operator ABP has a network of 21 ports across England, Scotland and Wales. In 2015 ABP and its customers handled 92 million tonnes of cargo ranging from bulks to containers and cars to coal. The new Mantsinen cranes will be deployed at five of ABP's short sea operations across the UK.

Southampton Port to Take off with New Boss

As announced in November, Nick Ridehalgh, Associated British Ports (ABP) Director Southampton, is stepping down from his role and from ABP, with his last day Friday, 8 April. Alastair Welch, who has extensive experience of the transport sector, including Heathrow’s Terminal 4 and London Southend Airport, will shortly be joining ABP as Director, Southampton. ABP Chief Executive James Cooper said: “I would like to thank Nick for his service to ABP and the Port of Southampton and wish him well for the future.