SAL Heavy Lift, a global carrier specialized in sea transport of heavy lift and project cargo, said that it has become the first shipping company in the world to introduce hydrogen/methanol emission reduction technology to its fleet.The Harren & Partner Group company said in a press release that with significant emission reductions in terms of CO2, SOx, NOx and other particles, the injection technology developed by FUELSAVE GmbH paves the way for making shipping greener and more energy efficient.After more than four years of close cooperation…

Verifavia, the world’s leading emissions verification company for the transport sector (aviation and shipping), announced that it has become the first independent verifier authorised by the Panama Maritime Authority to conduct the International Maritime Organisation’s (IMO) Data Collection System (DCS) verification services for vessels registered in Panama. Through this authorisation granted by Panama, Verifavia will offer its IMO DCS and EU MRV verification services to the world’s largest ship registry – with over 8…

IRClass Gets Authorisation from Malta

In yet another demonstration of its growing global recognition, Indian Register of Shipping (IRClass), a leading classification society, has received authorisation as a Recognised Organisation (RO) from Merchant Shipping Directorate of Transport, Malta. Malta is the sixth largest flag in the world and largest in Europe with a tonnage of 72.1 Million GT. This year, IRClass has earned a spate of authorisations from various flags worldwide, including US Coast Guard, Latvia, Antigua & Barbuda, Thailand and Bangladesh. Moreover, IRClass has set up its offices in Malta & Istanbul.

Antigua and Barbuda is getting ready to implement a maritime single window for ship notifications relating to stay and departure of the vessel, under a project facilitated by IMO technical cooperation programme. Norway is financing the project as well as providing technical expertise. The first phase of the project has been initiated with a kick-off week in St. John's (9-13 October). This week provided an opportunity for stakeholders to discuss the scope of the project, identify existing facilities and conduct a needs assessment.

First Ocean Vessel of 2017 Arrives at Port of Indiana

The first ocean vessel of the year arrived at the Port of Indiana-Burns Harbor marking the official opening of the international shipping season. Port officials welcomed the 413-foot general cargo carrier BBC Mont Blanc and presented the captain with the Ports of Indiana Steel Stein. "The arrival of the first ocean ship of the new year is an exciting time not only for our port, but also for our port companies and numerous other regional businesses that rely on the cargoes these vessels carry," said Port Director Ian Hirt. "For northwest Indiana, the opening of the St.

The Antigua-Barbuda-flagged EMS Majestic began to sink with seven crew on board in the English Channel when it was being towed to safety. The UK Coastguard received a Mayday call at 7.09pm on Sunday from a cargo vessel which was taking in water in the Dover Strait. EMS Majestic reported that they had seven crew on board and were taking on water and sinking 13 miles south east of Eastbourne. A number of vessels transiting the area responded to Mayday Relay broadcast to provide assistance as required.

Ten Ships Detained in the UK in May

The crew of a charter boat taking part in a search for four British sailors missing in the Atlantic Ocean has found some floating debris in the area where their yacht went missing six days ago, the captain said on Thursday. Patrick Michel, skipper of the Masili, said his crew had spotted a wooden plank that could be part of the cabin and some white foam or plastic in the northern part of the search area. He said the debris appeared new as it was free of barnacles but the owner of the missing yacht, the Cheeki Rafiki, would need to confirm that the debris was from the boat.

U.S. authorities resumed a hunt on Tuesday for four British yachtsmen missing in the Atlantic Ocean after a public appeal backed by UK politicians and British billionaire Richard Branson not to give up on finding them just yet. The sailors on board the yacht Cheeki Rafiki went missing on Friday as they were returning to Britain from a sailing event in Antigua in the Caribbean and reported that the vessel was taking on water, forcing them to change course to head to the Azores. The U.S. Coast Guard, supported by U.S.

Preliminary results from the Concentrated Inspection Campaign (CIC) on Fire Safety Systems, underline fire safety concerns. The results are based on the CIC survey carried out between 1 September 2012 and 30 November 2012 in the Paris MoU region. 103 ships were detained over the 3 month period as a direct result of the CIC for deficiencies related to Fire Safety Systems. 64% of all ships detained in the three month period were detained for fire safety related issues. Problem areas included fire pumps and its pipes, fire fighting equipment and appliances, and the fire control plan. 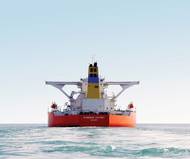 Debunking the myths about international ship registries, choice of classification society and a raft of other variables. Throughout the shipping world, ship registries, where a vessel is tied to laws of a particular nation, remain a subject of continual debate. As world trade has grown, registries have moved offshore, mirroring developments in the realm of the multinational corporations that have fueled the demand for shipping, and the movement of shipowners to financial centers away from their home countries.

The ILO’s Maritime Labour Convention has now been ratified by 30 countries, meaning it will go into effect in a year’s time. The charter sets out the labour rights of the world’s 1.2 million seafarers. The ILO has received the 30th ratification of the Maritime Labour Convention, 2006 (MLC, 2006) fulfilling the last condition for the first global standard that spans continents and oceans to go into effect in a year’s time. “This is great news for the world’s more than 1.2 million seafarers,” said ILO Director General Juan Somavia.

The 100 Series Rules for the Use of Force

With the 100 Series Rules for the Use of Force attracting considerable attention from the key stakeholders in the industry. Adam Swierczewski, Corporate and Legal Affairs Manager of the leading Maritime Security Company, Ambrey Risk, has made observations from the Industry perspective. The 100 Series is said to be designed to ‘alleviate uncertainty’* and provide ‘clear legal basis for acts of self-defense’*. At the moment individual Private Maritime Security Companies (PMSCs) submit their Rules for the Use of Force (RUF) to flag states as a part of the flag state approval process.

International Yacht Collection (IYC) is pleased to announce that Mark Elliott and Barbara Stork Landeweer are the company’s 2012 Yacht and Charter Brokers of Year respectively. Based on their extraordinary contributions to their clients and IYC, both helped families and friends enjoy ownership and destination travel and facilitated IYC’s hold on market share in the global superyacht economy. Notably, this is Barbara’s second consecutive year as IYC Charter Broker of the Year and Mark’s sixth time being so honored. 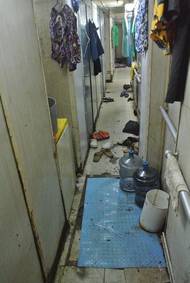 ITF carried out 67 ship inspections in one week in Thailand, Singapore, Indonesia & Philippines. Uncover a 'ghost ship'. The inspections led notices of warning being issued to errant companies and concerning unpaid wage claims. Described by ITF as a 'ghost ship', conditions aboard the Chinese owned, Togo flagged, Ocean Dream were particularly shocking. Official port records at Laem Chabang, Thailand showed the vessel had left on 19 October 2012 but it remains illegally in Thai…