Kongsberg Digital unveiled an innovative new simulator solution for training officers and crew in advanced firefighting. K-Sim Safety offers high fidelity simulation covering all aspects of fire safety. K-Sim Safety contributes to reducing the impact of fire on board as well as planning strategies and tactics to control fire in various parts of the ship, enabling a safer and more effective response to incidents when they occur.K-Sim Safety delivers practical exercises simulated in a realistic environment and meets the STCW regulation VI/3…

Over a two year period, the International Marine Contractors Association (IMCA) will launch 15 short videos promoting safe working practices to complement the existing IMCA pocket cards, which will be revised at the same time. These are designed to cross all cultures, boundaries and backgrounds. All will feature a computer generated blue animated character, the first appearance of which was in IMCA’s ‘In the Line of Fire’ (SEL 036) and ‘Mooring Incidents’ (SEL 038) videos in 2014/2015.

Videotel, producer and distributor of training videos, 3D animation, and e-Learning courses to the maritime market and part of KVH Industries, Inc., (Nasdaq: KVHI), has renewed its contract with Orient Overseas Container Line (OOCL) to supply the full Videotel On Demand (VOD) and software solutions service. VOD delivers high-quality, award-winning training materials, available as an onboard and online e-Learning library, with accompanying recording and reporting software, making it easy for crew members to select specific training courses to learn new skills and develop their careers.

With profit margins under pressure, oil and gas companies are focused on getting more out of existing assets while significantly reducing capital expenditure. Recent data shows that a 5% improvement in Opex could save £490 million on the UK Continental Shelf alone. The new DNV GL release of Maros and Taro software provides powerful tools to support these improvements. With the new release of DNV GL’s Maros software for reliability, availability and maintainability (RAM) analysis for the upstream oil and gas industry…

Videotel, the leading international provider of e-Learning maritime training solutions and a company of KVH Industries, Inc., has received the approval of the Norwegian Maritime Authority (NMA) for its security training courses. Videotel’s “Maritime Security Awareness,” “Designated Security Duties,” and “Shipboard Security Officer” training courses have been approved in their entirety by the NMA for meeting the Standards of Training, Certification and Watchkeeping (STCW) codes, and seafarers completing these courses will receive the necessary qualifications and certificates for shipboard duty. 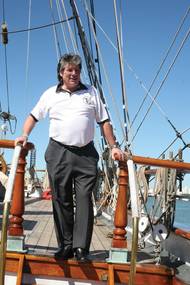 The role of IACS classification societies has evolved over time. Career development within those organizations has also changed. At the forefront of this movement is the American Bureau of Shipping. Mark A. McGrath is the Corporate Learning Officer at Houston-headquartered American Bureau of Shipping. The job description is a relatively new one – just three years old – and, ABS could have given him any one of a half dozen titles. In truth, the semantics of what to call the individual… 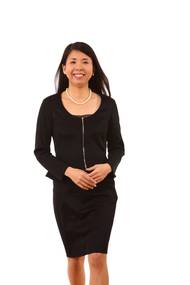 Yanmar has announced far-reaching strategic changes to its marine recreational engine business. In a double break with traditional Japanese business practices, Yanmar Marine International commenced the relocation of its marine recreational engine business headquarters from Osaka to Almere in the Netherlands and recruited Shiori Nagata as its first president, with effect from January 1 this year. Almere, about 40km to the east of Amsterdam, has been home to Yanmar Europe BV since 1988…

Videotel has produced a new training program which tackles the often complex handling issues involved in the loading or discharge of project cargoes and heavy lifts. The Heavy Lifts and Project Cargoes program is a mix of live action and computer animation and is available on is available in various formats, including Videotel On Demand (VOD), VOD Online, DVD and e-Learning CBT (Computer Based Training). It also comes with accompanying workbook. The program covers the planning involved in preparing for a lift both ashore and onboard…

Training Matters To The Bottom Line 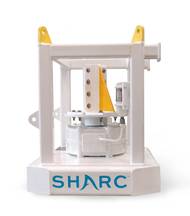 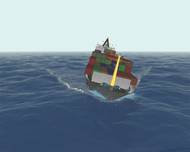 Forensics of the Sea

The sheer magnitude of insurance claims year on year within the shipping industry is striking. The complexities that now come with these claims is placing increasing pressure on surveyors to employ ever more sophisticated techniques in their quest to determine the reasons behind an incident and ascertain where the liability falls. Jeroen De Haas, Managing Director of BMT De Beer, and Han Wensink, Managing Director of BMT ARGOSS, subsidiaries of BMT Group, explain the complexities behind marine investigations.

Houlder & BMT Nigel Gee announce that their jointly developed Turbine Access System (TAS) has successfully completed offshore trials. The TAS was fitted to Turbine Transfers’ 24m Cemlyn Bay for a four week trials period at RWE’s Rhyl Flats offshore windfarm off the coast of Wales. The TAS is a lightweight motion compensated gangway that provides substantially improved access to offshore wind turbines for maintenance personnel. It considerably increases the level of safety and operability, both of which are prime goals for offshore wind farm operators and developers.

The German-based navigation specialist Raytheon Anschütz is now offering an integrated weather chart overlay for the Synapsis ECDIS. Taking the special needs of navigation into consideration, the layer was developed in close cooperation with meteorological experts of the German sea weather provider WetterWelt. With the new feature Raytheon Anschütz combines sea chart and weather chart in one display. All weather parameter, which are important for navigation, are presented as values or symbols on a separate layer and can be switched on and off any time.