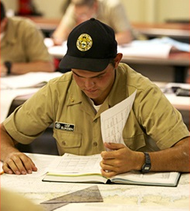 The State University of New York Maritime College is officially open for business, after receiving formal designation as a tax-free area under Governor Andrew Cuomo’s START-UP NY program. In a March 2 letter to Maritime College President Michael A. SUNY Maritime College has designated 1,700 square feet of vacant space on its campus in Fort Schuyler. The college will target businesses in the formative stage of development or engage in the design, development and introduction of high-technology products…