Austal announce new strategic partnerships in the Asia-Pacific region to enhance its support to the US Navy & others in the region. Following on from the strategic partnership with Singapore’s Sembawang Shipyard Pte Ltd announced in January 2013, Austal has now secured similar agreements with Unithai Shipyard and Engineering located within Thailand's main international deep-sea port of Laem Chabang, and with the Cam Ranh Shipyard in Vietnam. Austal Chief Executive Officer Andrew…

Austal USA gains additional Littoral Combat Ship (LCS) work contract. The United States Department of Defense has announced that Austal USA has been awarded a US$19.987-million modification to a previously awarded Littoral Combat Ship (LCS) contract. The modification exercises options for class service efforts and special studies, analyses and reviews for the LCS program. Austal USA will assess engineering and production challenges, and evaluate the cost and schedule risks, from affordability efforts to reduce LCS acquisition and lifecycle costs. Work is expected to be completed by March 2014.

The US Navy has exercised contract options with Austal USA for the construction of LCS 14 & LCS 16. Austal USA’s order backlog has grown by approximately $681.7 million dollars as a result of two additional Littoral Combat Ship (LCS) contract options being exercised by the United States Navy. The contract options fund construction of the LCS 14 and LCS 16, the fifth and sixth ships in the 10-ship block buy award made to an Austal-led team in December 2010. That 10-ship program is potentially worth over $3.5 billion. Austal has been contracted by the U.S.

Austal, & Singapore's Sembawang Shipyard enter strategic partnership to provide ship repair, maintenance, for US Navy ships. Austal and Sembawang Shipyard believe the partnership provides an important resource to the US Navy and other defence forces operating in Asia-Pacific. Austal and Sembawang Shipyard will together provide rapid, high quality support specifically tailored to the US Navy’s fleet of Littoral Combat Ships (LCS) and Joint High Speed Vessels (JHSV), both of which are expected to operate in the region. The first LCS is expected to deploy to Singapore in early 2013.

Austal USA today finds itself plowing into 2013 with the proverbial bone in its teeth, powered by an enviably hefty U.S. government backorder book, possibly the most modern and efficient manufacturing infrastructure in U.S. shipbuilding and the leadership of a new President who, over the past five years, helped to make it all happen. Nevertheless, domestic shipbuilders all know that DoD and DHS belt tightening is a the new reality. Determining the depth of government cuts and positioning accordingly is the tricky part, yet hardly new to companies operating in defense circles. 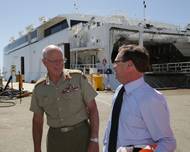 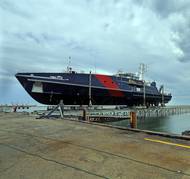 Austal launch the first-in-a-series Cape Class Patrol Boat at the company's Henderson Shipyard in Western Australia. The vessel is the first of eight new boats being built by Austal for the Australian Customs and Border Protection Service under a design, construct and in-service support contract valued at approximately A$330 million. The ceremony marked the first time the boat has been lowered into the water. Following maritime tradition, specially minted coins were placed under the keel block of the vessel as a symbol of good fortune in June 2012. 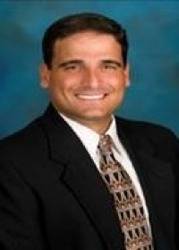 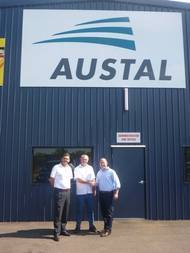 United States Military Sealift Command (MSC) exercise first of its three, six months options, for the ongoing charter of “WestPac Express”. The option forms part of a 24 month contract that Austal was awarded in December 2011. A 101 metre aluminium catamaran, “WestPac Express” has now been supporting the US Marine Corps in Okinawa, Japan since July 2001 and has achieved virtually 100 per cent availability over that time. The Austal-managed charter operation includes in-service support, ship management services and integrated logistics support.

Rella Out as CEO at Austal USA

Joe Rella, president and chief operating officer of Austal USA since 2007, has reportedly resigned from the company. Austal's board of directors has accepted his resignation. Brian Leathers, who had been serving as chief financial officer, will serve as interim president of Austal USA. Craig Perciavalle will serve as vice president of shipyard operations."This transition is a natural step," said Austal chief executive officer Andrew Bellamy. Austal has an active contract with the U.S. Navy to build nine Spearhead-class Joint High Speed Vessels (JHSV) under a 10-ship, $1.6 billion contract.

Austal is celebrating the completion of fourteen high speed passenger ferries for Hong Kong’s Venetian Marketing Services Limited (VMSL) following the successful, on-schedule delivery of the final four vessels. Recognizable for their exciting electric blue livery, each of the 155.8 ft aluminium CotaiJets are now in operation between Hong Kong and Macao, servicing the entertainment, gaming, convention and hotel facilities on The Cotai Strip. Combining speed, comfort and outstanding interior finishes, each vessel has the capacity to carry 413 passengers at a speed of 42 knots.