The United States has for the first time seized a North Korean cargo ship it accused of illicit coal shipments in violation of U.S. and United Nations sanctions, the U.S. Justice Department announced on Thursday.The ship, known as the "Wise Honest," was first detained by Indonesia in April 2018. Under an unusual U.S. civil forfeiture action, the vessel is now in the possession of the United States and is currently approaching U.S. territorial waters heading toward American Samoa, U.S.

China Navigation Company (CNCo), part of the Swire Group, has expanded its presence in North America by establishing a branch office in Vancouver, Canada.The opening ceremony was graced by Bruce Ralston, Minister of Jobs, Trade & Technology, British Columbia, who unveiled a plaque in the CNCo office located at W Hastings Street.Minister Bruce Ralston said, “The Province recognises the significant contribution that The China Navigation Company makes to the shipping industry worldwide. 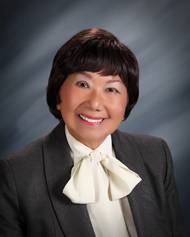 The Port of Stockton Commissioner Dr. Elizabeth “Liz” Blanchard has been named President of the trade association Association of Pacific Ports (APP) for 2017-2018. The appointment was announced at the recent 104th Annual Conference of the APP held in American Samoa. Her tenure as APP President officially began August 1. Founded in 1913, the APP provides education and information to promote the efficiency and effectiveness of Pacific Ports. APP programs are designed to enhance the technical capabilities and governance expertise of port officials through meetings…

Matson said it it will increase the frequency of its South Pacific Express (SPX) service to Samoa and American Samoa from 28 days to 14 days. The service provides transits from Hawai'i and the U.S. West Coast to the Samoas: 12 days from Long Beach and 5.5 days from Honolulu to Pago Pago, with an extra day to Apia. Matson launched its SPX service on August 10, 2016, establishing reliable, fixed day shipping service between the U.S. West Coast, Hawai'i and the Samoas. Its new fortnightly SPX schedule is made possible by the company's acquisition of a larger…

A new high-tech unmanned vessel, launched with the help of Google, will use innovative technologies from the boatbuilding and mapping fields to map shorelines and raise awareness of the impacts of global sea level rise. Originally designed to be worn by backpackers, Google's proprietary Street View Trekker camera system was provided on loan to the San Francisco Baykeeper organization, allowing them to create bay-level maps. It plans to use the imagery collected—nearly 500 miles of coastline ranging from San Jose to Antioch, California—on its website and for educational purposes.

The crew of Coast Guard Cutter Rush returned to its homeport following a successful 72-day deployment in the Central and Western Pacific, Monday. Rush departed in July 2014 and spent the last two months conducting operations in the Central and Western Pacific. During the deployment, Rush’s crew coordinated with multiple countries and partner agencies to conduct fisheries boardings in support of the Coast Guard’s living marine resources mission. Rush also participated in international engagement activities in American Samoa…

The Coast Guard Foundation, a nonprofit organization committed to the education and welfare of all Coast Guard members and their families, announced that it will host its 29th Annual Pacific Area Awards Dinner in tribute to the United States Coast Guard at 6 p.m. on Thursday, April 17, 2014 at the historic Fairmont Hotel in San Francisco. The gala event will bring together civic and business leaders, mariners, sailors, and notables from all over the country to honor heroism and mission excellence from the brave men and women serving in the Coast Guard’s Pacific area.

DC Federal Court plea agreement requires Singapore-based Pacific International Lines, to pay US$2.2-million. The offenses relate to the operation of the company's container shilp M/V Southern Lily 2 in June 2012. The company previously pleaded guilty to three felony charges that it made false statements to the U.S. Coast Guard and violated the Act to Prevent Pollution from Ships by concealing illegal waste water operations and discharges in a falsified oil record book – a required…

Naval Sea Systems Command's (NAVSEA) Supervisor of Salvage and Diving (SUPSALV), in a U.S. Coast Guard directed initiative, provided a key operational and technical role in removing 60,546 gallons of petroleum products from the sunken ex-USS Chehalis (AOG-48) , concluding, April 6. Ex-USS Chehalis sank in Pago Pago Harbor, American Samoa, Oct. 7, 1949, as a result of a gasoline tank fire and multiple explosions on the ship. The fire caused the ship to sink and subsequently capsize in more than 160 feet of water.