As Home Depot heads into its busy spring project season—when shoppers build backyard decks and buy patio furniture—it is tangling with surging costs for goods and transportation, on top of tariffs that cost it and other U.S. importers billions of dollars.Across the United States, major retailers and makers of everything from Peloton spin bikes and La-Z-Boy recliners to Kia Sorrento SUVs are battling the same profit-squeezing pressures. They pass those costs along to home-bound consumers…

From his office overlooking Cherbourg docks, general manager Yannick Millet points to trailers destined for Ireland that belong to Amazon and FedEx, new customers and a signal of a potential big shift in post-Brexit trade.Confronted by red tape and delays after Britain’s messy exit from the European Union, Irish traders are shipping goods directly to and from European ports, shunning the once-speedier route through Britain.“You see the shift in supply chains right here,” he said.All five operators connecting Ireland to mainland Europe have increased ferry services in the past nine months…

Maersk Says European Lockdowns Have Not Dented Demand for Shipping

High shipping rates are set to continue for at least several weeks, despite new coronavirus lockdowns in Europe, boosted by demand for furniture, exercise equipment and home improvement goods, shipping group Maersk said on Wednesday.A surge in demand from shoppers sheltering at home in a worsening COVID-19 pandemic has upended normal trade flows and triggered a spike in the cost of moving goods around."There are simply not enough containers in the world to cope with the current demand…

What Vaccine Distribution Planners Can Learn from Amazon and Walmart

The initial rollout of Pfizer’s COVID-19 vaccine has begun, and vaccines are shipping across the U.S. Demand for COVID-19 vaccines will outpace supply for the foreseeable future. Yet experts have warned that a substantial proportion of these highly perishable vaccines could go to waste if they are not being used before they expire.With such short supplies and high demand, worrying about waste may sound paradoxical, but is actually a predictable result of two well-known medical… 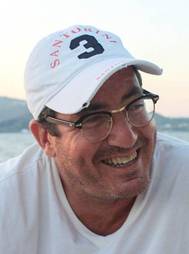 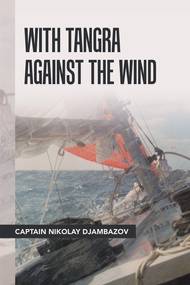 The sea presents many adventures and challenges for those who travel it. In his riveting memoir, “With Tangra Against the Wind,” Captain Nikolay Djambazov details his lifestyle as a sailor and yachtsman, where he did all of his voyages only with a compass and a sextant. Captain Djambazov shares many sea excursions including his sailing expeditions on a yacht that he built himself, named Tangra. Captain Djambazov had many great accomplishments at sea with Tangra. In 1980, he participated in OSTAR 80.

The Los Angeles-based maker of Exploding Kittens and Throw Throw Burrito board games ordered 1 million extra units from its factory in China with the hope of preventing coronavirus from ruining its Christmas sales.The move from the company, which sells product through Target, Walmart and Amazon.com, comes as  U.S. suppliers and retailers have been rebuilding depleted inventories and battling uncertainty by stockpiling pandemic sellers such as toys, refrigerators, home furnishings and booze.In the last few months…

Imports at major U.S. container seaports could hit their lowest level in four years as the novel coronavirus pandemic pummels a U.S. economy that was already grappling with negative effects of the U.S.-China trade war, experts said.Total container imports could fall 9.4% in 2020, according to the National Retail Federation (NRF) and Hackett Associates' Global Port Tracker report.That reflects pain in the U.S. retail sector, which is smarting from government-mandated store closures…

As the coronavirus pandemic reaches deep into Brazil’s Amazon, a ceaseless stream of trucks carry soybeans and construction workers to an expanding port complex in the heart of the forest.Indigenous activists have opposed the Itaituba port in Pará state for nearly a decade, even before shipments began there in 2014.But now the pandemic and expansion works are fueling new fears about the port’s impact on traditional communities and the biodiversity riches of the Tapajós river.“There’s a flow of workers all the time. Nothing’s changed.

Shipping group A.P. Moller-Maersk warned of a sharp drop in global container volumes due to the coronavirus pandemic, with weaker retail sales and depressed car production dampening demand.The crisis has thrown the container shipping trade off balance as supply chains have been upended and businesses and factory activity in China and later across the world was disrupted.Maersk, which also reported a 23% rise in first-quarter core profits on Wednesday, now expects global container demand to contract this year…

Remote Working: Tips for Shipping Companies to Sustain Business During the Coronavirus Pandemic

As companies globally are increasingly shifting to remote working to help stop the spread of Coronavirus, Hanseaticsoft has put together a series of tips to help shipping companies keep their business and workforce agile.Some of the biggest companies in the world including Oracle, Apple, Google and Amazon have already restricted travel and asked employees to work remotely[i]. With the situation changing daily shipping companies need to prepare as much as they can to minimize business disruption.

Vard, a Fincantieri subsidiary, has delivered the new Hanseatic Inspiration to Hapag-Lloyd Cruises, the second in a series of three 230-guest luxury expedition ships for the German cruise operator.With her close to 16,000 gross tons and 139 meters long, “Hanseatic inspiration” follows sister ship “Hanseatic nature”, delivered in April by Vard Langsten in Norway, while a third vessel, “Hanseatic spirit”, is scheduled for completion in 2021.Each ship is tailored to allow passengers to access remote regions…

Saudi Aramco announced that its net income was $46.9 billion for the first half 2019, compared to $53.0 billion for the same period last year. That easily outstripped corporate titans such as Apple Inc, Amazon.com Inc and other big oil producers, many of which suffered larger declines in profit as output and crude prices fell. Saudi Aramco President & CEO Amin H. Nasser, said: “Despite lower oil prices during the first half of 2019, we continued to deliver solid earnings and strong free cash flow underpinned by our consistent operational performance…

Port of Bristol, which comprises the commercial, and former commercial, docks situated in and near the city of Bristol in England, announced that its container terminal capacity has been boosted significantly by the completion of a GBP 9 million upgrade.A release from the port authority said that the investment is a further commitment to the ever-expanding container services offered at Avonmouth and Portbury Docks.James Stangroom, Commercial Manager at Bristol Port, said: “This upgrade is designed to further refine our productivity…