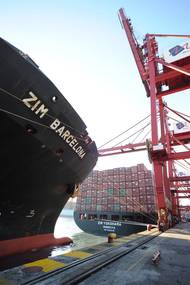 ZIM has announced a new service between Mexico, Caribbean and Central America, commencing on the second half of August, with the following rotation:Veracruz-Altamira-P. Cortes-Santo Tomas-Kingston-Rio Haina-San Juan-Kingston-Veracruz  ZIM will operate 3 vessels in a weekly, fixed-day service offering the fastest transit time and best product in the region:From Mexico to Dominican Republic;From Mexico to Puerto Rico;Connecting USEC & Canada to Mexico, Guatemala (and El Salvador) & Honduras… 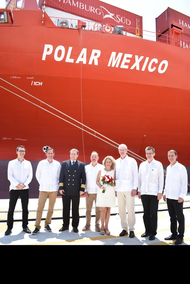 Hamburg Süd christened the “Polar Mexico” container ship in the Mexican port of Veracruz on the weekend.The sponsor of the “Polar Mexico” is Claudia Dávila, wife of Carlos Ayala, Logistics and Distribution Director of Alpek Polyester, which is a subsidiary of the Alfa Group, one of the largest corporate groups in Mexico.The Mexican economy is strong in the fruit sector as well as in other industries with high import and export volumes, such as automobile manufacturing, chemicals and brewing.

Asian LNG spot prices jumped this week on strong demand from core importing countries including China and Japan. Spot prices <LNG-AS> for February delivery leapt 70 cents to $11.20 per million British thermal units (mmBtu). Malaysia's Petronas sold a January cargo to Japanese trading giant JERA an estimated $11 per mmBtu, trade sources said. JERA is contracted to take 5.2 million tonnes per year of LNG from Chevron's Wheatstone export project which has been offline for the past four weeks as part of the plant's complex start up procedure.

After evaluating performance in 2017, the German shipping line serving sectors such as pharmaceuticals, the automotive industry and the technology sector in Mexico expects maritime shipping volumes to experience double-digit growth in 2018 and foresees a continuous increase in cargo volumes. On holding its annual meeting with Latin American leaders in Mexico, the shipping line Hapag-Lloyd pointed to significant growth in infrastructure and operational capacities in the country on reporting its year-end closing for 2017.

Liebherr Maritime said it recently delivered new equipment units to several Latin American countries, including Puerto Rico, Jamaica, Mexico and Bahamas. In Puerto Rico, Liebherr Container Cranes has completed delivery of three new ship-to-shore (STS) container cranes to Crowley Maritime’s Isla Grande Terminal at the Port of San Juan. The units have an outreach of 39.62 meters, a span of 30.48 meters and a back reach of 15.54 meters. The machines, which feature a lift height over rail of 35 meters and a safe working load of 65 metric tons under twin lift spreader…

Mexico's state-run power utility CFE has extended the close of a buy tender seeking two liquefied natural gas (LNG) cargoes in April by one day to Wednesday, trade sources said. The deliveries are due to arrive at Mexico's Altamira terminal on the Atlantic coast. CFE just filled a separate tender for supply to the Manzanillo terminal on the Pacific, but it was not immediately clear which companies won that tender. (Reporting by Oleg Vukmanovic)

Broward County's Port Everglades had a record-setting month in December 2016, logging 104,590 TEUs (20-foot equivalent units, the industry's standard measurement for containers), moving through the Port. This is the highest producing month in the Port's nearly 90 -year history, and a 15 percent increase over December 2015. TEU counts at Port Everglades have been climbing since September. "Our customers are bringing in higher volumes of consumer goods such as produce, clothing and household goods as the region's population increases.

THE Alliance Sets Out Service Plans

The members of THE Alliance announced the details of the plan for their product starting from April 2017. THE Alliance plans to deploy a fleet of more than 240 modern ships in the Asia /Europe, North Atlantic and Trans-Pacific trade lanes including the Middle East and the Arabian Gulf/Red Sea. The start of THE Alliance as the most integrated liner shipping consortia is scheduled for April 2017 (subject to completion of all relevant regulatory requirements). “The product of THE…

Members of the OCEAN ALLIANCE, COSCO Container Lines, CMA CGM, Evergreen Line and Orient Overseas Container Line,  signed a document entitled the Day One Product, which sets out the proposed OCEAN ALLIANCE’s network, including port rotation for each service loop. The Day One network intends to deploy around 350 container vessels with an estimated total carrying capacity of 3.5 million TEUs to provide one of the most comprehensive service coverage in the market on the following trade lanes. The vessel deployment details for each service loop, will be released around end of this November.

MSC’s California Express service is now to feature a new port of call – Manzanillo in Mexico. The addition brings a significant customer benefit in transit time and reliability, and provides a direct route to the port as part of the route from Balboa to Long Beach. Previously, the service had offered only a transshipment facility for Manzanillo. The change to the California Express service will come into effect on Saturday 9th July with the vessel MSC ANS MC623A. MSC has also revealed details of its revised Canada Gulf Bridge service.

With the aim to improve efficiency and quality of the service offered to you, Hapag-Lloyd is pleased to advise some important changes to the GS1 service. MSC will join the service as a vessel operator providing one vessel. The total fleet size remains at eight 5500 TEU vessels with NYK operating one vessel and Hapag-Lloyd providing six vessels. Port of Suape, Brazil will be removed. Port of Sepetiba, Brazil will replace the port of Rio De Janeiro.

Hamburg Süd shipping line has awarded the contract for handling its new EMCS – Europe-Mexico/Caribbean Service to EUROGATE Container Terminal Hamburg. The first ship will berth at the terminal on 13 November 2014. The regular service links Northern Europe with Central America and is scheduled to call at Hamburg on a weekly basis. Hamburg Süd is operating the service with six container vessels each with a nominal capacity of 2,500 TEUs. The Hamburg Süd ships will call at eight ports along their route.

Members of the G6 Alliance  released details on port rotations for the proposed service expansion to the Asia-North America West Coast and Trans-Atlantic trade lanes, announced in early December last year. Subject to the completion of regulatory review process, the 17 services are scheduled to start in the second quarter of 2014. “The G6 Alliance monitors market developments closely and is continuously seeking opportunities to improve our service offerings,” member carriers said in a statement. 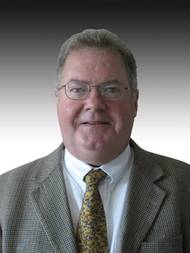 McDermott International, Inc. said that Dan Houser was appointed to Senior Vice President, Operations. In this role, Houser is responsible for leading the Atlantic region and Global Marine organization at McDermott, which includes setting the strategic direction, as well as business acquisition and execution for these groups. In addition, he will be responsible for expanding the company’s activities for the region into Brazil, West Africa and the North Sea. McDermott’s Atlantic region includes fabrication facilities and marine bases in Morgan City…