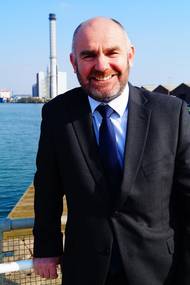 Maritime & Coastguard Agency (MCA) chief executive Sir Alan Massey announced he plans to retire from the role before the end of 2018. The Department of Transport will begin its search for Massey’s successor on March 19. Massey will continue in his role until late 2018 to allow the chief executive appointment process to take place. Massey joined the MCA in July 2010 after a 33-year career with the Royal Navy, where he left as Second Sea Lord. During his eight-year tenure at MCA…

A trainee marine engineering officer says he’s received a massive boost in confidence after being awarded the Maritime & Coastguard Agency’s Officer Trainee of the Year award. Tristan Greaney, 27, from Cornwall is a Third Marine Engineering Officer for Princess Cruises. He took a Light Marine Engineering course in Falmouth, acquiring hands on experience as well as completing a number of course work projects. He received his award, presented on behalf of the Shipping Minister,  from Sir Alan Massey, Chief Executive of the MCA as part of the Marine Society and Sea Cadets Annual Court (MSSC). 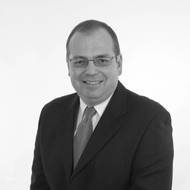 A commercial diver has pleaded guilty at Southampton Crown Court to a fraud offence in excess of £46,000 following a two year investigation by the U.K. Maritime & Coastguard Agency (MCA). The diver, Vincent Woolsgrove of Ramsgate, Kent, reported finding five cannons during the summer 2007, two from the wreck of the warship, London, and three in international waters off the coast of Kent. The cannons recovered from the warship were both very rare bronze Peter Gill and commonwealth cannons.

Bibby Line Limited sponsored Trainee Deck Officer Jonty Turnbull is celebrating being awarded the Trainee Officer of the Year Award by the Maritime and Coastguard Agency (MCA). The MCA Officer Trainee of the Year Award is presented each year to a newly certificated Officer for outstanding achievements during their training. Nominations are made nationwide by nautical colleges. Julie Arnold, Training and Cadet Manager from Bibby Ship Management said, “I am really proud of Jonty as he was an outstanding Trainee Officer to mentor throughout his three year cadetship.

The “hard work and dedication” of a 25-year old Merchant Navy officer cadet has been recognized with an award that will be presented by the U.K. Shipping Minister at a ceremony in London tomorrow, Wednesday, October 15, 2014. Jonty Turnbull of Blackpool and the Fylde College, who was serving on-board the Foreland Shipping-owned vessel, MV Hartland Point, is the 2014 winner of the Maritime and Coastguard Agency’s (MCA) Officer Trainee of the Year Award. The award will be presented at Haberdashers Hall…

The British Government has once again thrust its weight behind London International Shipping Week with an official visit to the LISW2015 stand at Posidonia in Greece by the British Ambassador in Athens followed by public shows of support at additional events by the head of the Maritime and Coastguard Agency Sir Alan Massey, and U.K. Shipping Minister Stephen Hammond MP. More than 70 guests gathered for an informal British drinks reception at Posidonia 2014 to mark the beginning of the countdown to London International Shipping Week (LISW) which is set to take place September 7-12, 2015. 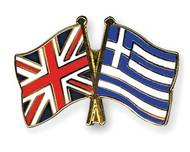