Interferry CEO Mike Corrigan reflects on the crushing impact of COVID-19…but suggests that the gradual easing of travel restrictions offers a turning point on the road to recovery.Last year the ferry industry was riding the crest of a wave. In an end-of-year review, I went so far as to express my belief that the industry had rarely if ever been in such good health. Throughout the developed world, most operators were reporting year-on-year traffic growth and many had set new records for passenger and vehicle volumes.

U.S. Treasury Secretary Steven Mnuchin said on Sunday officials will have a better idea this week of the total cost of a coronavirus aid package, but predicted it will likely be "significant but not huge."Mnuchin told "Fox News Sunday" he also planned to talk to lawmakers about critical aid to airlines, as well as the hotel and cruise ship industries."It's hard to model some of these things because you don't know how many workers are going to be home. I want to be careful about throwing out numbers," he said.

Florida-headquartered international cruise line Carnival Cruise Line announced that the debut of its newest ship, Mardi Gras, will be pushed back until Nov. 14, 2020 after the Meyer Turku shipyard in Finland informed the cruise line “that the delivery will be delayed.”With this new schedule, Carnival will now take delivery of the ship in late October and its first revenue sailing will depart from Port Canaveral on Nov. 14, 2020. Consequently, the first eight sailings that were scheduled starting Aug.

As maritime digests a number of historical changes, Norway’s Fjellstrand shipyard wants to put aside the rule book and look at the whole process in a new way, reducing engineering costs up to 70% and production costs up to 20%.The process of designing and building a ship, even in today’s highly standardized mass manufacturing environment, remains largely a one-off, one-of-a-kind design and build. Ships are most often built to a shipowner’s or operator’s specific requirements, which are often based on fixed parameters such as speed…

Danish international shipping and logistics company DFDS said that Niels Smedegaard, longtime CEO, will step down by the end of April. Current CFO Torben Carlsen will take over as new CEO.In close partnership with Niels Smedegaard, Torben Carlsen has been in-strumental in making DFDS a larger, stronger and more profitable company and will thus contribute to ensuring continuity in the development and op-eration of the company.Niels Smedegaard has been CEO of DFDS since 1 January 2007.Niels said: “My time at DFDS has been a fantastic journey…

Damen Shipyards Group has achieved second place in the maritime & aviation sector in this year’s MT500 rankings of the top 500 companies and institutions in the Netherlands. It also came twentieth out of 500 in the overall ranking, its best ever result.In the ratings breakdown, Damen achieved the full five stars for product leadership and employment practises. The winner in the maritime & aviation category was national airline KLM, with the Port of Rotterdam coming third.The MT500…

Digital freight forwarder Twill has switched its brand affiliation from Damco to Maersk. The realigning of the brand will make it possible to offer Twill to all Maersk customers, in line with the A.P. Moller – Maersk strategy to become a global integrator of container logistics offering end-to-end solutions.Launched in April 2017, Twill was created as a Damco innovation and operated as a partner with the freight forwarder and supply chain management company, which is part of A.P.

Twill, a digital freight forwarder designed to make shipping simple, has announced a change in its brand affiliation from Damco to Maersk.Launched in April 2017, Twill was created as a ‘Damco innovation’ and operated as a partner with the freight forwarder and supply chain management company, which is part of A.P. Moller - Maersk.The realigning of the brand will make it possible to offer Twill to all Maersk customers, in line with the A.P. Moller - Maersk strategy to become a…

Brazilian exporters are facing delays shipping goods transported in containers, including coffee and cotton, due to overbooking, the world's largest container shipping company, A.P. Moller-Maersk A/S, said on Monday.In a report on its operations in Brazil, Maersk said exports fell for the second quarter in a row, citing the practice of some exporters reserving more space in ships than they need, leaving other companies failing to find room for their cargo."Exporters are hurting each other when they book space they end up not using… 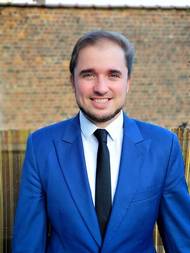 Turi Fiorito has been appointed as new Director of the European Federation of Inland Ports (EFIP). He will take up his function on 20 August, 2018. Turi Fiorito comes with a solid background in EU policy making and transport, having worked as Transport Policy Advisor for a Dutch Member of the European Parliament, Wim van de Camp. In that capacity, Turi has been working on different port (Port Services Regulation), rail (4th railway package) and inland waterway issues for a number of years.

SWIVEL Software announced, at the 3PL Value Creation Asia Summit in Hong Kong,  the launch of SWIVEL 360, a Logistics Control Tower that can provide both visibility and transparency between all parties in the supply chain. With SWIVEL 360, all parties can get real time alerts and search the status of a shipment based on SKU or item code, purchase order, bill of lading, container, or customer. The collaboration portal also allows simple tasks as searching airline and sailing schedules, communication with factories overseas, booking freight to logistics partners/carriers, and much more.

The Thames Tideway Tunnel project, London’s new ‘super sewer’, which will upgrade the city’s 19th century sewerage system for today’s eight million plus inhabitants, requires excavation on an enormous scale. Creating a tunnel 25 kilometers in length, and running up to 65 meters beneath the River Thames, will generate immense volumes of spoil, right in the heart of London. To minimize the impact of transporting this on the capital’s roads, Tideway plans to transport around 4 million metric tons of this material by river.

The Port of Seattle has kicked off its biggest cruise season yet with more than one million revenue passengers on 218 vessels, making Seattle the biggest cruise port on the West Coast. The cruise industry in Seattle is responsible for over $500 million in economic impact to the region, providing more than 4,000 jobs and $18.9 million in state and local taxes, with each homeported vessel generating $2.7 million to the local economy. “A record number of cruise passengers this season means local agriculture and food companies…