The Ocean Carrier Equipment Management Association recently declared the Terminal Weighing Approach (TWA) an industry best practice. The lack of guidelines for shippers about how to comply with the SOLAS Verified Gross Mass (VGM) regulation that went into effect on July 1, 2016, has also led to a number of questions throughout the industry. Where should containers be weighed? How do shippers provide their signatures for these weights without slowing down the supply chain? Still, as of today, many of the 170 countries that have adopted the regulation have not published guidelines.

The Agriculture Transportation Coalition (AgTC) recently named Jim Newsome, South Carolina Ports Authority (SCPA) president and CEO, the first Person of the Year award recipient in the Coalition's 28-year history. “Never has an individual so distinguished himself in a manner that will have such a positive impact on all participants in ocean shipping, shippers, carriers, ports and terminals,” said Peter Friedmann, Executive Director, AgTC. Newsome received the award at the AgTC Annual Meeting… 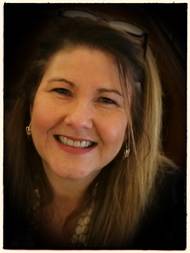 Melzie Wilson, Vice President – Compliance at Mallory Alexander International Logistics, has been appointed to the U.S. Department of Commerce’s Advisory Committee on Supply Chain Competitiveness (ACSCC). Wilson, who has worked for Mallory Alexander for close to 23 years and is a Board Member of the National Customs Brokers & Forwarders Association of America (NCBFAA), was appointed to the ACSCC by Secretary of Commerce Penny Pritzker. ACSCC members advise the Secretary of Commerce on the necessary elements of a comprehensive…

Protracted labor strife and shipping disruptions at U.S. West Coast ports have hit farmers especially hard, posing a major barrier to perishable goods headed to overseas markets and resulting in losses estimated at hundreds of millions of dollars a week. Foreign Pacific Rim customers facing chronic delays in shipments of U.S. food and farm products are turning to other countries for produce ranging from citrus and apples to beef and pork, the Washington-based Agriculture Transportation Coalition (AgTC) has reported. Many frustrated U.S.