As part of the ongoing Blue Star Delos Renewable Energy Innovation Project, Eco Marine Power (EMP) stated that the Aquarius Management & Automation System (MAS) installed on Blue Star Delos has been updated with new fuel oil consumption (FOC) and emissions monitoring software. This updated software combined with the Aquarius MAS hardware allows for fuel consumption data from all flow meters on the ship to be displayed and logged in real-time. In addition CO2, NOx and SOx emissions are calculated based on the fuel type being used.

Countries Must Do More to help Greece with Migrant Crisis - U.N. chief

United Nations Secretary General Ban Ki-moon called on Saturday for countries to do more to help cope with Europe's migrant crisis, saying Greece could not manage on its own. Speaking in Athens before heading to the Greek island of Lesbos, the gateway into Europe for nearly a million people last year, Ban said Greece had shown "remarkable solidarity and compassion" in dealing with the hundreds of thousands of migrants fleeing war, despite its economic hardship. "Greece should not be left alone to address this challenge on its own… 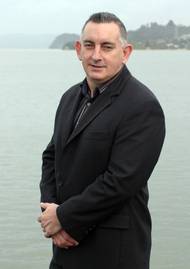 The International Maritime Rescue Federation (IMRF) is to strengthen the capacity and effectiveness of the Hellenic Rescue Team (HRT), an IMRF member organization which is constantly rescuing migrants in the Aegean Sea. The IMRF will do this with the support of European maritime search and rescue (SAR) organizations who are also IMRF members. Following a temporary drop in the number of people trying to reach the Greek islands by sea in November, figures from the United Nations Refugee Agency (UNHCR, United Nations High Commissioner for Refugees) are showing an increase again.

Greek divers trawled the Aegean Sea on Monday for survivors of the country's worst maritime accident involving refugees, as officials reacted with despair at the scene of the tragedy in which 15 babies and children drowned. In all, 34 people died and nearly 100 were rescued after their small wooden boat capsized early on Sunday off the tiny island of Farmakonisi, less than 10 km (6 miles) from the Turkish coast. "I'm devastated. There was a lady there who wanted information and told me her three children and husband were missing.

According to local news, a female passenger is currently missing from MSC Cruises‘ MSC Magnifica. The Magnifica was sailing to Izmir, Turkey when the woman disappeared overboard. The passenger, identified as Chinese, is believed to have fallen overboard on Wednesday morning as the 2,500 passenger ship was en-route to Izmir after sailing from Katakolon. By the time the passenger was known missing the 92,400 gross ton vessel had sailed for some time in the Aegean Sea. The Greek Coast Guard was notified at some point.

To tap devout Islamic believers, Turkey will launch its first Muslims-friendly 100 percent halal cruise on the Aegean Sea next month for religiously observant travelers in the country. The country’s fist halal cruise was announced by the Antalya-based Fusion Tour company as a new approach that hopes to tap into the $145 billion global halal tourism sector. On the ship’s September voyage to neighboring Greece, there will be no alcohol, no pork-related products and no gambling, adhering to Islamic Shariah.

A passenger vessel (Flying Cat) with a total of 253 persons on board was safely evacuated on Sunday after running aground off Tinos island in the Aegean Sea, Xinhua reported quoting the Greek Coast Guard. No injuries or severe damage have been reported while an evacuation operation is underway. Shipping boats and speedboats have reached the area to help evacuate the ship, while a tug boat was on the way, local officials said. The Flying Cat 4 with 239 passengers and 14 crew members…

As a result of the recent successful completion of sea trials on-board the high speed car and passenger ferry, Blue Star Delos, Eco Marine Power (EMP) has now cleared the Aquarius MAS + Solar and Aquarius Marine Solar Power solutions for commercial release. During two days of testing and evaluation on the 17th and 19th May, 2015, the performance of the Aquarius MAS + Solar trial system on-board Delos was assessed by both EMP and Blue Star Ferries technical personnel as part of the Blue Star Delos Renewable Energy Innovation Project.

There is no question that Viking Ocean Cruises is launching an exceptionally innovative series of new ocean-going vessels, layered on its successful series of river cruise vessels, notably the Viking Longships. This list of innovations is a long one, and I’ll have more details about the 930-passenger Viking Star as she approaches her launch in April. Meantime, you’ll find some of the highlights at the bottom of this post. The vessel completed sea trials recently, and as Viking is prone to do, the sea trials were documented in a television-like featurette, which you can view below.

The United Kingdom Hydrographic Office (UKHO) is launching two new Mariners’ Routeing Guides covering the Turkish Straits, providing Routeing information for the area between the Aegean Sea, the Sea of Marmara and the Black Sea. The two new guides were published on 13 February 2014 and are the latest additions to the UKHO’s growing portfolio of Mariners’ Routeing Guides. With over 100,000 vessel movements every year, the Turkish Straits are a busy and important shipping gateway between Europe and Asia, via the Strait of Istanbul and the Strait of Canakkale.

The European Union will support with €750,000 from the TEN-T Program a project aimed at exploring the feasibility of connecting by rail a series of maritime and fluvial ports in north-eastern Greece and Bulgaria to create a multimodal freight corridor serving the Aegean Sea, the Black Sea and the Danube river. The project, which is called “Sea2Sea” and was selected for funding under the 2011 TEN-T Annual Call, will develop the concept of a “Sea2Sea” corridor by linking Greek ports…

ExxonMobil Marine Lubricants and the Greek Group, a collection of likeminded Greek shipping families, celebrated a 50-year business partnership this summer, representing the oil company’s longest-running supply agreement with a Marine customer organization. The Greek Group was established in 1961 when nine shipping family companies formed a fuel and lubricants purchasing group with Mobil Bunker Ltd., London. The original companies, organised as the Prometheus Group, were mainly from the island of Chios in the eastern Aegean sea and had settled in London during World War II.