Prosecution for the charges of trespassing and firearms possession against AdvanFort stopped until quash petition hearing. The Madras High Court started hearing last Tuesday on an appeal filed by AdvanFort to quash charges against the U.S.-based maritime security firm’s possession of firearms, and the court has granted orders enabling the charge sheet to be “stayed”. In legal terms having the charge sheet “stayed” means that the current judicial proceedings are suspended or that the prosecution is stopped until certain events or actions occur.

33 of the 35 guards who have come to be known as the ‘AdvanFort 35’ were released from prison for good on Saturday, the judge ordered. They were released on bail last week, and today the judge ordered them to be freed. AdvanFort, the company that employs those guards has submitted a quash request to the Indian court system, and expects to have the remaining two guards released, and to have the case dismissed as well. Some of the family members of the guards have been to the prison to visit. Others have been very vocal, even going so far as to present a petition the UK Parliament to intervene.

According to the the Mission to Seafarers, families of anti-piracy vessel 'MV Seaman Guard Ohio' personnel  being held in India have said that the British lawyers representing the men were dismissed ahead of the upcoming bail hearing. Family members have also launched an appeal for financial help. Global maritime charity organization the Mission to Seafarers is helping crew members and their families and informs it is now in touch with the Indian legal team in an attempt to get clarity around what this might mean for the men.

The International Organization of Masters, Mates & Pilots (MM&P), says 35 U.S. anti-piracy ship crew members are being treated unfairly, following the arrrest of their ship, 'Seaman Guard Ohio', describing it as 'an outrage' that they are being subjected to inhumane conditions in an Indian prison. MM&P inform that officials are withholding proper medical treatment, bathing facilities and adequate food and, additionally, the courts have denied bail three times since the men were arrested four months ago on charges of illegally carrying weapons and straying into domestic waters. 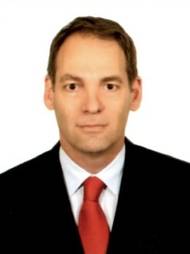 Maritime Security in the Market of Today and Tomorrow

The study employs Michael Porter’s famous model designed to determine how competitive forces shape strategy in order to better understand the current state of, and contemporary and future challenges faced, by Private Maritime Security Companies (PMSCs). The model used allows companies to understand that competition extends beyond their professional rivals and includes many other factors that affect the framework in which the industry operates. Those PMSCs that lack a deeper knowledge of competitive considerations will find it difficult to stay profitable. 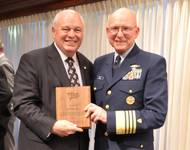 Maritime security company AdvanFort announced Wednesday that it has volunteered for service in the piracy-infested waters in and around the Gulf of Aden and Indian Ocean as part of the U.S. Coast Guard-coordinated Automated Mutual Assistance Vessel Rescue System (Amver), whose members assist any nearby vessel in distress. The AdvanFort fleet which has vessels strategically positioned in key sea lanes surrounding the High Risk Area (HRA), is now “on plot” in the official USCG program…

The AdvanFort Company signed on Axel Tuetken, the former country president in Tokyo for Maersk Line and Safmarine, as its business development director in Northern Europe, AdvanFort President William H. Watson said. From Toyko, Tuetken supervised offices in Osaka, Kobe, Yokohama, and Nagoya, as well as a Shimizu joint venture. From his initial position with Maersk as Sales Representative in Bremen and Lower Saxony, Tuetken rose through the ranks by garnering experience in Northern Europe, the Middle East, and Asia, before becoming its branch president in Japan. www.advanfort.com 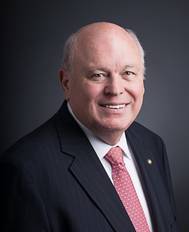 As international controversy continues about the “wheres,” “whys” and “how much” of maritime piracy in key international shipping areas, an important debate now focuses on the use of “floating armories” in efforts to restore security on the high seas. In particular, private security companies relying on unregulated floating armories—meant to avoid arms smuggling laws when they lay offshore ports in the Red Sea, Gulf of Aden and the Indian Ocean—have created their own, apparently-deepening concerns, as recent U.S. government efforts in this regard show.

AdvanFort Company said attorney Sheila R. Schreiber has come onboard as its in-house legal counsel. Schreiber brings experience in the private and public sectors. She is a former litigation partner with Howrey LLP, served as counsel to the U.S. House of Representatives Committee on the Judiciary and has extensive experience in the national and international sales of industrial products. Her specialties include commercial, regulatory, employment, intellectual property, corporate and antitrust matters.

As a special to Piracy Daily, Andrew Moulder discusses the international importance of the United Arab Emirates as a vital gateway for emerging markets and the importance of sophisticated counter-piracy efforts. The role of the United Arab Emirates (UAE) as the far most important regional hub for East- West ship transport offers a critical demonstration of both the scope and the need for sophistication of counter-piracy enforcement in the Gulfs of Aden and Oman. At least half of the global trading fleet of tankers passes UAE shores twice annually.

AdvanFort Company say it already has a quality management system in place that exceeds the increasingly stiff requirements. “When it comes to counter-piracy operations, a lot of our competitors—faced with these new challenges—still seem to require others' faith in their words,” said Captain William H. Watson, AdvanFort president. German legislation about to be passed is both detailed and will surpass most standards and regulations already governing the market, observers say. Belgium and Cyprus, too, now employ highly pro-active systems to ensure that state-of-the-art standards are in place. 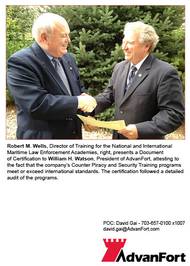 The AdvanFort Company, reinforcing its commitment to quality operations, has instituted its Quality Assurance program. The multi-faceted program includes seeking counsel from outside expert advisors; independent auditing of training and operations programs; accreditation from professional and trade organizations; feedback from vessel masters who interact with AdvanFort operators; and an ombudsman program for the operators themselves. “We equate quality to saving lives and livelihoods,” said company President Will Watson.

Will Watson joins AdvanFort as President

Maritime professional will lead the next generation of global security solutions. The AdvanFort Company today announced that maritime professional William Hughes (Will) Watson has joined the company as president. Will comes to AdvanFort from the Office of the Maritime Administrator of the Republic of the Marshall Islands (RMI) where he has been Deputy Commissioner of Maritime Affairs and Special Agent since 2009. Additionally, Will served as delegate of the RMI to the United Nations…