Abu Dhabi Ports announced said that Khalifa Port’s expansion -- announced in late 2019 -- is on pace for completion, despite challenges presented in the face of COVID-19. To date:200 meters of quay wall and almost 175,000 sq m of land within Khalifa Port Logistics (KPL) have been handed over ahead of the project’s full phase one completion in Q1 2021.Progress has also been made on the first phase of Khalifa Port’s South Quay development that is slated for completion by Q4 2020.

Abu Dhabi Ports has established a new feeder services company, SAFEEN FEEDERS, to serve the group’s mainliner shipping clients in the Gulf region.SAFEEN FEEDERS will introduce a new feeder service linking Abu Dhabi to ports serving the UAE, the broader Gulf region and Indian Sub-Continent. The service will be executed in partnership with feeder service operator Bengal Tiger Line (BTL) through a vessel sharing agreement.The service will allow for exchange of container cargo between mainliner vessels and the vessels within the rotation calling at nine regional ports located across the UAE… 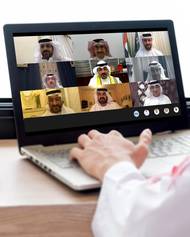 The fifth annual Maritime Standard Ship Finance and Trade Conference highlighted the importance of the shipping, ports and other maritime sectors working more closely with the financial services sector, as well as the growing influence of green issues and digitalization.The tone was set by the keynote speaker, Ahmed Shareef Alkhoori, Director General, Federal Transport - Land & Maritime. He said: “Financial institutions have a key role to play in helping to unlock the barriers that can exist to the development of maritime businesses.

CSP Abu Dhabi Terminal, a container terminal built and operated by China's COSCO SHIPPING Ports Limited (CSP) at Khalifa Port in partnership with Abu Dhabi Ports, has received two of the world’s largest mega-vessels within less than a month - cementing Abu Dhabi’s position as a global maritime hub.The ships – MV. COSCO SHIPPING SOLAR and PISCES – are the third and fourth main line vessels to pass through CSP Abu Dhabi Terminal since it started trial operations in April 20, 2019. They follow the arrival of MV.

Abu Dhabi Ports subsidiary Maqta Gateway said that it is to carry out its first testing of international blockchain solution Silsal with a maritime operator in partnership with MSC Mediterranean Shipping Company, a global leader in shipping and logistics.Silsal provides a seamless and secure link between stakeholders across the trade community using the electronic ledger system.As a major carrier, MSC will provide vital information and feedback on the international pilot project…

Damen Shipyards Group has signed a contract with Abu Dhabi Ports and its subsidiary Abu Dhabi Marine Services (Safeen) for the supply of two new Damen ASD Tugs 2411.The contract was signed by Captain Adil Ahmed Banihammad, the Acting Chief Marine Services Officer at Safeen, and Pascal Slingerland, Regional Sales Director for Damen Shipyards Group. Delivery of both vessels is due within three months.Abu Dhabi Ports owns and operates 11 ports and managing over 55,000 vessel calls each year. The ASD Tugs 2411 will bring additional vessel handling capabilities to the group.

Abu Dhabi Ports announced on Sunday the delivery of the first shipments of Automated Rail Mounted Gantry Crane (ARMG) and ship-to-shore quay cranes (STS) to Khalifa Port.Shipped from Shanghai, the ten state-of-the-art ARMG Cranes and four STS Cranes are the initial batches of equipment to be installed at COSCO Shipping Abu Dhabi Terminal, the second container terminal being built at Khalifa Port due for completion at the end of this year.As innovation and automation continues to be part of Abu Dhabi Ports’ long-term strategy…

Abu Dhabi Ports has signed a 30-year concession agreement with Mediterranean Shipping Company (MSC) to build a new container terminal at its Khalifa Port.Abu Dhabi, the capital of the United Arab Emirates (UAE), has spent billions developing the port, which opened in 2012, as part of ongoing efforts to diversify its oil-rich economy.Khalifa Port is on a man-made island roughly half-way between the centres of Abu Dhabi and Dubai, and about 60 kilometres (37 miles) south from Dubai’s huge Jebel Ali port.Construction of the new terminal will include deepening berths to make Khalifa Port capable o

Emirates Global Aluminium (EGA), the largest industrial company in the United Arab Emirates outside oil and gas, and Abu Dhabi Ports have opened a facility which will reduce trucking of EGA’s aluminium within Khalifa Industrial Zone Abu Dhabi (KIZAD) by over 290,000 kilometres per year, reducing costs and environmental emissions. The new container freight station will be used to load metal into containers for transfer onto ships for export. It has been purpose built by Abu Dhabi…

Emirates Global Aluminium, the largest industrial company outside oil and gas, has signed a long-term port facility agreement with Abu Dhabi Ports to use some of the world’s largest bulk cargo vessels to import raw materials through Khalifa Port. With this agreement, Abu Dhabi Ports will be able to develop the port to become the first in the Gulf capable of directly handling these massive ships. Abu Dhabi Ports will fund and complete dredging and widening works to the Khalifa Port approach channel and basin including EGA’s berth.

Abu Dhabi Port Company (ADPC) has purchased two newly built tugs from Sanmar shipyards of Turkey. The new Yenicay Class tugs, based on the same Robert Allan Ltd Rascal 1800 basic design-which are equipped with the latest technology and have a bollard pull power of 30 metric tons, will service both Mussafah Port and Zayed Port and complement Abu Dhabi Port’s existing advanced fleet. Management of these tugs falls under SAFEEN, ADPC’s marine services division. Designated Yenicay VI and VII the first unit will be heading for its new home with SAFEEN within a month…

Abu Dhabi celebrated the official commencement of operations of Fujairah Terminals in the East coast of the United Arab Emirates. The announcement came following an official event held at Novotel Fujairah, attended by Sheikh Saleh bin Mohammed Al Sharqi, Chairman of the Board of Port of Fujairah, Captain Mohamed Juma Al Shamisi, CEO of Abu Dhabi Ports, along with a delegation of Senior Managers, Key Stakeholders and Customers. Earlier this year, Abu Dhabi Ports signed a 35-year concession agreement with the Port of Fujairah…

Abu Dhabi Ports, the master developer, operator and manager of commercial and community ports within the emirate of Abu Dhabi, Fujairah Terminals at the Port of Fujairah, and Khalifa Industrial Zone Abu Dhabi (KIZAD), celebrates Emirati Women’s Day, in recognition of the outstanding contributions of the Emirati women at Abu Dhabi Ports. Captain Mohamed Juma Al Shamisi, CEO of Abu Dhabi Ports, expressed his deep pride in Emirati women’s accomplishments in the UAE and in the company…