Fitch: Port Growth to Level Off

Volume growth will continue for ports throughout the world but at a more modest pace over the next 10 years, according to Fitch Ratings in a new report. Global port throughput has shown resilience over the last 10 years with throughput growth outpacing economic growth rates despite volatility through the last recession. Containerization of cargo and increasing vessel sizes coupled with supporting infrastructure at ports have all contributed to these throughput trends. However…

The Maritime and Port Authority of Singapore (MPA) signed two Memoranda of Understanding (MoU) for Additive Manufacturing (AM), also known as 3D printing.The two MoUs are: a) An MoU with PSA Corporation Limited (PSA), the National Additive Manufacturing Innovation Cluster (NAMIC) and 3D MetalForge Pte Ltd (3D MetalForge) to establish the world’s first on-site AM production facility for port applications; and b) An MoU with NAMIC and the Singapore Shipping Association (SSA) to…

3D printing will cause so much change in the shipbuilding and shipping sector that the industry must completely alter its approach toward designing and building ships. This is the conclusion of NISS (National Institute for Shipping and Shipbuilding), that has developed a blueprint for the maritime sector until 2050. Geert Schouten, director at Shipbuilder, was part of the team responsible for this blueprint. “3D printing is moving at a rapid pace. It is now possible to, wherever a product is required, to print it on site. Even ships will be partly 3D printed in the future,” Schouten said.

Innovation and technology use have become a competitive factor for the transport and logistics sector. The Port has launched Port Challenge Barcelona, a programme to support the creation of new technology-based businesses to improve the efficiency and competitiveness of the Port Logistics Community. This initiative aims to attract entrepreneurs and to create the conditions for developing innovative projects to help modernise the sector. Port Challenge Barcelona will provide the…

Chief Executive of the Maritime and Port Authority of Singapore (MPA), Andrew Tan, attended the second Port Authorities Roundtable (PAR) in Rotterdam. Hosted by the Port of Rotterdam Authority (PoR), the closed-door roundtable event brought together port authorities from major ports in Asia, Europe and US to network, exchange views and explore areas of collaboration. Participants included port authorities which attended the inaugural PAR in Singapore such as Ningbo Municipal Port Administration Bureau… 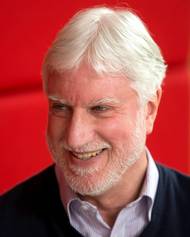 There is no question that the era of "Big Data" -- and all that those two words encompass -- will be transformational in the maritime market for the coming generation. There is no stopping the data trend, and today's generation demands it from a social aspect and needs it to be efficient in business operation. While the upside to big data has been recorded often, the North P&I Club has warned its members that despite the enormous benefits of digital technology on and around ships, there may also be some downsides.

Recognising that effective leadership and collaboration are fundamental elements in the future success of the maritime industry, Europort 2015 will feature a series of masterclasses as part of this year’s conference programme. Each masterclass will address the leadership challenges currently facing the industry across the areas of design, technology, efficiency and human capital. Domino’s recently made headlines with pizzas being delivered to doorsteps by drones. Google describes their self-driving car as ‘the realization of a science fiction dream’.

Is 3D printing just a hype? Or is it really possible to print spare parts for ships that can actually withstand the requirements set for the often "rough" working practice? This question is to be answered by the project "3D printing of maritime spare parts". "27 marine related companies have formed a consortium initiated by InnovationQuarters in close cooperation with Havenbedrijf Rotterdam and RDM Makerspace. AEGIR-Marine is one of the participants. Today, the consortium agreement has been signed by all participating companies. Will 3D printing give us solutions that we can use and apply?