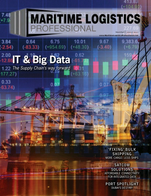 A long time coming, a growing trucking crisis is now certainly here. An important piece of the intermodal supply chain equation faces steep challenges in 2018, and beyond.

Looking back at what has led us to our current trucking situation; it can be argued that “we saw this coming.” For more than a decade now, the US logistics sector has been plagued by a shortage of truck drivers. While the current crisis was exacerbated by the Federal Motor Carrier Association’s Electronic Logging Device (ELD) mandate implementation last December, this was certainly not the sole reason for today’s conditions. It was, however, the straw that broke the camel’s back. Moreover, there was more that industry could have done to alleviate the pain, especially knowing what was coming in advance.

Root Causes
The industry has long been witnessing a trend of truck drivers departing the profession and much of that is a function of money. The perfect storm of declining trucker income has met the specter of a rapidly aging workforce. The current average age of truckers now exceeds 55 years, and that situation is worsening. As a result, many trucking companies have closed and truck drivers have moved on to different jobs. Already heading into decline, and now coupled with industry’s failure to renew its talent pool, there simply isn’t enough new (and qualified drivers) to meet current or future demand.

One can’t really blame the change of heart for today’s truckers. It’s simply become an unappealing job in a market where many other opportunities are more attractive to the talent pool. The container trucking industry is constantly losing out to distribution trucking companies where drivers usually run the same route every day, but also get to return home every night, which gives them more ‘work-life’ balance.

Container truckers, however, often have to stay on the road all day and overnight, all week, sometimes even on weekends. That’s a sacrifice that requires a worthwhile reward; or in other words, a good solid income. Laying the two options side by side, the winner is clear: if you can make the same amount of money driving trucks without the frustrating wait times at ports, then it makes sense for drivers to choose that path. There is a point where something is no longer worthwhile and, unfortunately, despite having passed this point ages ago, we’ve done nothing.

The Advent of ELD
The ELD mandate was the tipping point for the shortage. Limiting the hours drivers spend on the road means truckers are forced to earn less as they are forced to stop when the stopwatch starts. While this was understandably implemented for safety reasons, it has also severely crippled logistics.

What the mandate has done is restrict truckers’ money-making abilities. They’re now unable to drive as much as before and make money on the distance. And this is a vicious cycle. A lack of drive time means containers pile up, which leads to port congestion and a longer wait time. Given that the money they earn typically comes from distance covered, the time spent crawling through ports, terminals and yards clearly does not pay the bills.

How Industry Players are Coping
Ever since the shortage escalated, shipping lines have been clear in their approach. CMA CGM has raised its prices in certain areas to cover ELD-related costs. ACL has stopped servicing Chicago altogether and others are warning that they will only offer services as they become available and are furthermore refusing to make guarantees.

As for exporters and importers, the effects depend largely on their set up. Some may have solid trucking companies that have not been substantially impacted by ELD issues and are reliable enough to support them. In these cases, the driver can, for example, make a round trip within his allotted time. But for others, it can have rather severe effect on the supply chain as they may see major rate increases and/or face significant struggles to ensure reliable deliveries.

The crisis has worsened to the point where current trucking rates – spot, contract, or LTL – are increasing despite what is supposedly a relatively weaker timeframe. And the cost increases aren’t limited to paying more for truckers. Additional costs take the form of storage and demurrage while awaiting a driver. After all, time is money.

Freight forwarders are at particular risk because they have to cover the entire country and handle all kinds of shipments. This often comes with very little time to plan or schedule a trucker in advance. With the current crisis, we’re seeing an unprecedented number of delays and cancellations and have had as many as three last-minute truck cancellations in a single week.

At iContainers, we are warning clients about the ongoing problem and helping them find other solutions. At the same time, we’re constantly adding truckers to our trucker portfolio, which is an important and necessary step. But no matter how many truckers or drivers they may have, shippers are still facing shortages. A trucker that has 70 trucks has a general volume to ensure that those trucks are booked in advance almost every day, so last-minute bookings can be challenging. This is especially so for unanticipated changes such as truck damage, which throws the cargo off schedule, or rescheduling of drivers to cover the truckers’ key accounts.

Despite the severity of the situation, we are not yet at a turning point. As the crisis deepens, rates will need to increase as a lure to attract more drivers into the container trucking sector. The playing field also needs to be evened out to make sure the driver makes a proper living given the sacrifices he or she makes. Unfortunately, this isn’t something that will happen in days, nor weeks.

Looking Ahead
There have been reports of an increase in the trucking order book, which some say indicate a capacity increase. Assuming all orders go through, these trucks won’t arrive until the summer at the earliest and then there’s also the issue of getting enough drivers to drive these trucks. Until then, we’ll continue to face shortages and congestion at ports and ramps because there are not enough truckers to move the cargo out in time. On the export side, more bookings will roll as exporters won’t be able to deliver for cut-offs in time. The domino effect for industry could therefore be particularly severe.

Change is needed, and fast. And, there are many layers to this onion. Industry needs to improve truck drivers’ working conditions and at the same time, find ways to attract, recruit and retain the next generation of drivers. Separately, ports and terminals must improve gating procedures to speed up truck turnaround and reduce container dwell times. Mile-long waiting lines at the ports aren’t conducive to anyone.

In advance of substantial efficiency gains, there is an entire infrastructure issue that needs to be resolved. To their credit many ports – witness South Carolina Port’s two inland ports that come with rail access – have already begun. Nevertheless, internal trade has grown at a rate that current infrastructure was not built to support or sustain. Direct access to ports, inland drop-off locations where cargo can move on rail or barge closer to its final destination are real options. There’s a cost and time factor to everything. As a whole, or by parts, all stakeholders need to be a part of the solution; a solution that needs to start now.