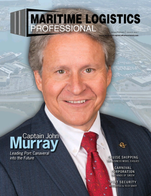 Business interruption (BI) and cyber incidents interlink as the major threat for companies globally in 2018, according to the insight of 1,911 risk experts from 80 countries in the Allianz Risk Barometer 2018. However, for marine and shipping companies, natural catastrophes (34 percent), including storm, floods and earthquakes, takes the top spot – up from number four in 2017. BI tied with cyber incidents (31 percent), for the second spot followed by theft/fraud/corruption (27 percent) and fire/explosion (25 percent) to round out the top five business risks in the maritime sector for 2018. These incidents illustrate the complex nature of insurance risks as most are closely intertwined in complex loss cases.