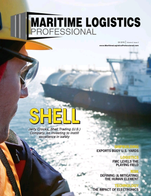 Market conditions dampen some future prospects, but domestic yards have proven that they can compete overseas, and will do so again when the time is right.