Investors concerned at China moves to promote clean energy back away from new HKEx entrant.

Qinhuangdao Port's debut on the Hong Kong Exchange last week unfortunately coincided with the worst pollution northern China has seen for a while, and the top half of the mainland is no stranger to chronic pollution. The onset of winter every year sees coal fires stoked up to heat homes, businesses and factories and the choking smog has to be breathed to be believed.

Measured by the economic growth of their provinces - and not above lining their pockets, either - provincial authorities have created industrial revolution scale air pollution and poisoned of 70 percent of China’s waterways.

Mindful of the rising groundswell of anger from an increasingly fed up populace, Beijing pledged to clean up pollution and increase efforts to promote cleaner energy. The only way to make real progress in this regard is to cut coal consumption, which probably explains the tepid investor response to a port whose primary purpose is to import coal.

China’s largest coal port opened amid lukewarm investor response and its shares immediately fell below the listing price where they have remained.

The price for a share of Qinhuangdao Port Co is 12 percent down its initial public offering price, which was pretty cheap to start with – HK$5.25, which in USD is just 67c a share. The stock continued to fall when the exchange opened this morning.

Qinhuangdao Port may be coal-heavy, but it is not a one-trick pony. Yes, the world’s largest coal terminal handled 32 percent of all the grubby black stuff loaded in China’s ports. But it also runs Caofeidian and Huanghua ports in the Bohai Rim and plans to use 65 percent of the proceeds from the listing to build two 200,000 tonne iron ore berths at Huanghua. According to its prospectus, the company operates 62 berths and handled 336 million tonnes of commodities in 2012.

In other IPO news, Kerry Logistics makes its debut on the Hong Kong Exchange tomorrow. In contrast to Qinhuangdao’s weak entrance into public life, Kerry Logistics’ IPO has been well oversubscribed and the company expects to rake in around US$260 million.

According to its prospectus, more than 50 percent of the proceeds will fund its global expansion. 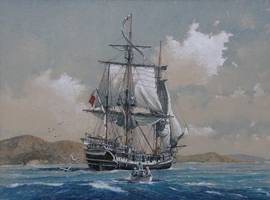