Change of Course in US Commercial Thinking

Ports and management come up with innovative ideas

The industry in the US is always keen to accept, if not develop, technological advances, but is slow to adapt its thinking and management style.
Recent events, not least the recent Great Recession, have forced a change of outlook and brought about fresh ideas.
The most intriguing suggestion has come from former NYK America executive vice-president Peter Keller, who calls for container lines to pool ships, in the same way as they share container chassis in storage yards. He calls container vessels  "a generic commodity" that is uniform in shape and design, with only the sizes differing.
He recognizes the logistical problems, but says that an example to follow is that of railway companies and the creation of TTX Co.
Industry insiders note that a container vessel sharing system would be vastly more complicated than rail wagons as the ships are owned and flagged in a number of countries, which would cause headaches for the different legal and financial systems, as would fluctuating exchange rates.
Nonetheless, the principle is sound.
Two ports have translated a new way of thinking into practice.
Virginia has (almost) cemented a reverse takeover of the AP Moller-Maersk terminal in Portsmouth, paying $1 billion for a 20-year lease. Until recently, the new thinking was that port authorities would be landlords, leasing terminals to private operators.
Along came the recession and sharp drops in terminal bids. Virginia did some very commendable reshuffling and came up with a much better idea, which will go very well on the resume of Jerry Bridges, formerly the boss at Oakland. APM found itself holding a pair of deuces against the aces of the VPA, as the port owns the other terminals and had sown up long-term contracts with all the other lines serving the port, which left APM with only its own services at a new facility.
Regional pride also played a part in the port's calculations. It is desperate to knock NY/NJ off the pedestal as the biggest port on the East Coast.
Over at Portland, Oregon has teamed up with International Container Services, of the Philippines, which will run the container/breakbulk facility at Terminal 6. Payment is $8 million as a lump sum plus an annual rent payment of $4.5 million over 25 years.
For those see nothing unusual in the arrangement, the name DP World might jog their memories. Congress ran a hissy fit, orchestrated by the current Secretary of State, over terrorists sneaking in through foreign-owned terminals.
Portland, and others, have seen through the political posturing and know a good commercial venture when they see one. 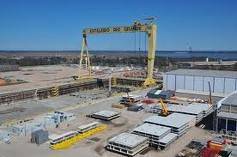