The last armed invasion of Britain 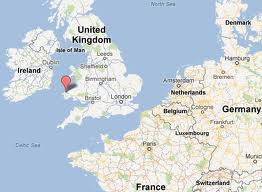 After French revolutionaries overthrew the monarchy in 1792 (arresting and eventually beheading Louis XVI), many of the surrounding nations engaged in efforts to contain and undermine the revolution.  Their loosely-coordinated group has been referred to as the First Coalition.  The containment efforts soon led to armed conflict.  It was during the War of the First Coalition (1792-1797) that Napoleon Bonaparte rose to prominence.  A lesser-known aspect of this war was the poorly planned attempt by France to divert British forces by encouraging Irish Republicans to revolt against Great Britain.  The plan called for landing 15,000 French troops at Bantry Bay, Ireland.  At about the same time, two smaller forces would land in Britain: one in northern England near Newcastle and the second in Wales.  The French planners expected that the populace, particularly in Wales, would rise up in support of invaders to overthrow their English rulers.  Adverse weather prevented both the landings in Bantry Bay and in northern England.  The landing in Wales, though, proceeded on schedule.  Four French warships landed about 1,400 men in a secluded bay about three miles west of Fishguard, Wales very early on the morning of 23 February 1797.  They were spotted by local civilians almost immediately and the alarm was sounded.  There were no regular British forces in the area, but there was a regiment of Volunteer Infantry (militia) numbering about 300 men.  Another group of militia (numbering about 250) assembled from the south.  Meanwhile, the French force, which included many disaffected Irish and a number of French Army deserters, marched two miles inland and initially occupied strong defensive positions.  Unfortunately for the French, a number of the invading force wandered off and others found and consumed alcoholic beverages to excess.  After some initial organizational issues were resolved, the British forces confronted the French.  The French commander, realizing his precarious situation, tried to negotiate a withdrawal, unaware of the weak forces currently facing him.  The British militia commander bluffed and demanded an unconditional surrender.  After some hesitation, the French formally surrendered on the afternoon of 24 February 1797, thus ending the last armed invasion of Britain.  Shortly thereafter, two of the four French warships, which had sailed away immediately after landing the troops in Wales, were captured by the Royal Navy.