When the gas tanker got caught in Japan’s Tsunami

Posted to When the gas tanker got caught in Japan’s Tsunami (byJoseph Fonseca) on May 23, 2011 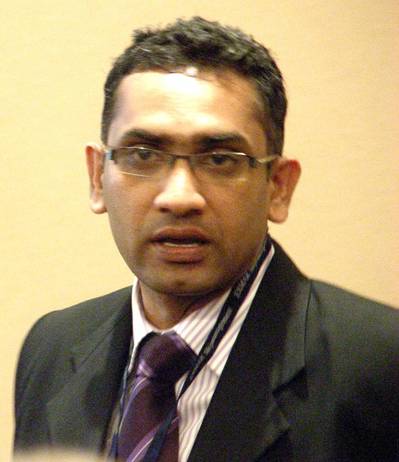 All seafarers will agree that the closest thing to ‘hell on earth’ is being on a gas tanker in a port during a Tsunami. In command of “Flanders Tenacity”, Capt Mukesh Yadav had just berthed his gas carrier that is under EXMAR Shipmanagement, at Kashima port in Japan on that ominous day, 11 March 2011. All set to discharge the 23,500 tons of deadly propane cargo he noticed severe vibrations. Thinking that someone may have wrongly started the engines he rushed out of the cabin to find that it was a severe earthquake underway. Soon he learnt through the VHF that a tsunami was due to hit the coast shortly.
Being saddled with such heavy odds, he could not help conjuring images of massive walls of water smashing his ship against the rocks. The gas carrier had enough propane to destroy the port if it escaped or if the tanks suffered an explosion. He made frantic bids to pull out attempting to call for tugs and a pilot to guide the vessel out of the port, but these efforts were in vain as everyone had deserted the port sensing danger. Communication lines were already down and there was neither help nor assistance possible.
“My greatest concern was for the safety of my 24 member crew,” related Capt Yadav. “There were over 15 other vessels in and around the port besides innumerable tugs, boats and smaller craft that could pose a danger to the gas carrier in case of a collision. As the waves began coming we lost our moorings and started being dragged astern. We started the engines and prepared to drop both anchors. Just then we saw one of the vessels “Rokkosan” losing its mooring and come rushing directly at us. We barely made it in time to use the engines astern and avoid immediate collision, luckily the vessel changed course and came alongside parallel to our own vessel.
“To complicate matters, hardly had we got the “Rokkosan” out of the way, that we noticed another vessel “China Steel Integrity” right at our stern. We dropped both anchors and cut down speed but our vessels’ sterns collided. We were still safe. Our vessel then continued to suffer collisions from the smaller boats and tugs. At one stage we hit the jetty which caused a gash to the side of our vessel and we began taking in water into the engine room.”
The tsunami waves kept coming at intervals of 15 minutes; the water depth in the port dropped and rose by several meters. The vessel ran aground a number of times and rose with the rising tide. At one stage the ship began to list making the ship’s capsizing a reality. But Capt Yadav decided to heave up the anchor and move the vessel outside the channel. As the port anchor could not be raised, it was decided to cut the anchor chain.
Capt Yadav’s immediate worry was to prevent the ingress of water into the engine room. If the water submerged the generators they would stop functioning, cutting off the power supply to the compressors used for cooling the gas to maintain it in a liquefied condition in the tank. The damage to the vessel being extensive it was risky going into deep waters. The water kept flooding the engine room. If the cooling stopped the gas would start bubbling out and eventually crack the surface of the tanks or even explode disastrously. Worse still there was no electricity in the port because of the power failure after the earthquake.
“With no tugs coming to our rescue and both our anchors down, we got our vessel moving out,” said Capt Yadav. “We were about 2/3 of a cable length from the exit of the channel when the anchors bit into rocks which caused our vessel to stop. I used ballast to list the vessel until the gaping hole in the side of the vessel was above the water level. That came as a big relief as we prevented further flooding of the engine room.  But then to make matters worse, I realized the rudder had got damaged and had got bent making navigation difficult. We finally moved out to sea but kept to the shallow waters where we anchored.”
They remained at anchor for at least two weeks before discharging the cargo and later taking the ship to the repairs yard. But this wait of two weeks had become a nightmare as the rumors of nuclear fallout from Fukushima Daiichi Nuclear Power Plant percolated down to the officers and crew causing their morale to sag steeply. The hazardous effect of radiation kept playing on the minds of every one. Food was running short and had to be rationed. Later they moved the beleaguered vessel to Tokyo Bay but keeping the morale up became a major problem. Somehow Capt Mukesh succeeded in keeping everyone in good spirits till they were able to discharge the cargo.