But it has one serious shortcoming 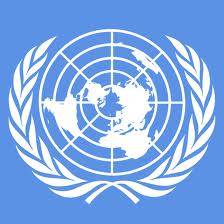 A United Nations technical department, the Conference on Trade and Development (UNCTAD) has published its annual Review of maritime Transport, which gives a good opportunity for the US industry to extend its horizon and look at the world perspective. Most people in the industry will have missed it because UNCTAD is separate to the IMO and is known mostly for reports on comparative international economics. (And to be frank, watching what comes out of the UN is a waste of time, because most of the information is a torrent of useless political information. The technical departments are,   sometimes, innocent of this.)

Tonnages, number of ships, ownership by country and foreign flags are laid out in detail. Every ship-owning country is classified by type of vessel and, crucially, the number owned by the country and through foreign flags.

The 200-page document analyses each type of trade and its prospects. Separate sections deal with freight rates, ports (operations and investment), newbuildings, shipbreaking and legal and regulatory trends.

The most debatable and subjective analysis is the Liner Shipping Connectivity Index, which marries ease of trade lanes, ownership of vessels, regulations and connections with the rest of the world. Sourced from two commercial publications, Lloyds List Intelligence and Containerisation International, this puts China at the top with 157 (base year was 2004 and China seems to have been the base point reference of 100 that year), while the US scores 92, the UK 87 and Canada 37.

Reliance on commercial and general news outlets is the biggest weakness of the review. Information that is readily available from government and regional authorities is instead taken from non-specialist sources. (The suspicion that is hard to deny is that the chief researchers for the review decided what topics they wanted to cover and turned the work over to juniors, who sat back and trawled the web). One of the most ludicrous examples is the APM Terminals offer to take over Virginia’s terminals earlier this year. The review notes that the Carlyle group withdrew its counter-bid, citing a local newspaper as the source.  Equaling this is a news website in the Cayman Islands as the source for information on a project in Ghana!

One section that has serious in-house analysis is on legal (including international conventions), regulatory and environmental control issues. This is essential reading for denizens of those worlds.