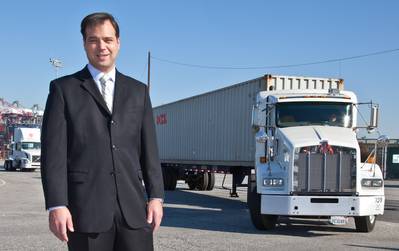 When you drill into the numbers, some very impressive gains pop out. For cargo-handling equipment, emissions of diesel particulates are down over 90%, while nitrogen oxides were down over 71%. This means that the air in our local communities continues to improve. All of this happened with cargo reaching a record volume of nearly 16.8 million twenty-foot equivalent (TEU) units in 2017, a 7% increase over its previous peak in 2006 - 11 years earlier.

It is important to stress the importance of this achievement. For one reason, the cargo that flows through Southern California's maritime gateway represents about 40% of all waterborne cargo entering the United States.

And it is not just imports. In this Trumpian era of "fairer trade", the ports of Long Beach and Los Angeles are the gateways through which America's exports flow to the rest of the world. Collectively, the import and export cargo through these ports represent about 1 in 9 jobs in the region. Put another way, more than 10% of jobs in our region are tied to the economic activity that occurs in Southern California's ports. While it took 11 years to exceed our pre-recession peak, it is an important milestone.

Another reason this achievement should be celebrated is that it shows cargo volumes (and therefore jobs) can grow while air quality continually improves. While the ports of Long Beach and Los Angeles did establish these aggressive emission goals, it is easy to forget that the goals were achieved by the multitude of private businesses operating in the port complex.

Whether it was marine terminals investing in the cleanest cargo-handling equipment, ships plugging into shore power, and trucks or harbor craft modernizing their fleets, it was the collective actions of these companies that improved air quality while simultaneously adding fuel to the economic engine of the region.

It is also important to remember that these accomplishments were not achieved by betting on pie-in-the-sky technologies. These emission reductions were achieved through a very straightforward approach: focusing on deploying the latest proven technologies in a cost-effective manner and providing the companies that operate within the ports the certainty needed to make investments in the newest technologies that improve air quality and efficiently move cargo.

Despite these amazing accomplishments, greater challenges lie ahead. First and foremost, the ports have to battle a declining market share. In spite of increased cargo volumes, over the past decade, the ports have lost around 20% of its market share according to recent comments from port executives.

Weakening market share means that the ports will be fighting an uphill battle to grow cargo volumes. And that is important because the revenue from growing cargo volumes will be necessary for the billions of dollars ($14 billion by the ports' estimates) necessary to tackle the last few remaining percentage points of diesel emissions.

However the next decade turns out, residents of Southern California should collectively take a moment to celebrate the environmental stewardship of the companies that operate in our ports and the hundreds of thousands of jobs that those companies generate.

This Just in From DOT: we need to spend more on ports 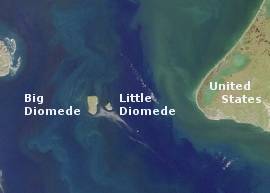