“Forget raising factory gate prices; manufacturers are lucky if they have new orders,” said a China cap making factory executive in a South China Morning Post report on how exporters were being squeezed.

The strengthening yuan and slowing demand from the US and Europe is making life difficult for the thousands of mainland factories that depend on export orders for survival.

And it has become a Darwinian struggle. Like the cap executive pointed out (was she cap in hand …?), manufacturers cannot even raise prices because demand is so weak. Even though raw materials and labour costs have risen, competitive pricing is required to keep the production line moving.

The appreciating yuan is not exactly appreciated by the manufacturers, either. For the export-focused factories, the higher the value of the yuan, the greater the impact on their bottom-lines.

In a world where supply chains connect everything, the pain is being felt at both ends and in the middle. At the China end, factory costs are all up and they aren’t receiving new orders. At the US/Europe end, retail sales are down as consumer demand dries up. In the middle are the transport service providers like shipping lines that are struggling to survive against high fuel prices and weak freight rates because they have too many ships chasing too little cargo.

It’s like stubbing your toe and banging your head at the same time while being punched in the stomach.

However, a country cannot be the engine of the global economy and exist in a vacuum. Trade goes both ways. China’s domestic demand may be growing, just not enough that it will offset the drop in the country’s exports.

This means there will be a lot more extreme pain for factories and plenty more “what the hell am I supposed to do with all these ships” head scratching by container line managers. 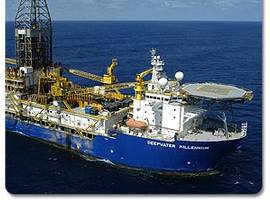