Growth is expected to be at least 3 percent 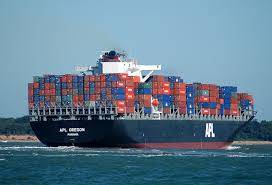 Two of the most authoritative forecasts are by the National Retail Federation and the Journal of Commerce. The Journal’s economics forecaster, Mario Moreno, reckons container imports will grow 6 percent this year to 19 million TEU, the most on record, following a 3.5 percent rise in 2013.

He says imports from Asia will be up 4.7 percent, although volumes from China will slow down, largely because of the rising labor costs. Imports from Malaysia and Taiwan will show a drastic fall, 20 percent below the 2007 peak.

Mario Moreno says US container exports will be up 2 percent this year, the same as in 2013, to 12.4 million, TEU. China will be a slight disappointment while Northern Europe’s economies will continue to struggle to get back to growth.

On the eastbound transPacific route, volumes will rise 2 percent over 2013 to 13.7 million TEU, says the JOC.

The retailers say container import growth will be 3.7 percent this year. Possible problems are the West Coast dockworkers’ contract negotiations, chassis management (my own opinion of this is that no one wants to pay for repairs and maintenance – passing the buck – while the lines will only help with allocation to favored customers such as the Big Box stores), the P3/G6 alliances and their routing and capacity plans, the clean trucks program and the Harbor Maintenance Fee. Also various countries in the TransPacific Partnership trade association could get upset over technology and clothing.

Adding to the optimism is the proposed rate increase by the TransPacific Stabilization Agreement. There has already been an increase in January,   a $300 per FEU increase is planned for March and a $300 per FEU “cost and recovery increase” for 2014-15 contract rates in May.

The TSA is known for being extremely cautious in its forecasts (and sometimes becomes overgloomy), but is in an almost exuberant mood. “Pent-up demand, depleted retail and business inventories, and a greater overall sense of economic security are converging in 2014. Lines are determined not to miss that opportunity.”

The spark of optimism has made Long Beach almost catch fire with enthusiasm. The port is now boasting that it will handle at least 7 million TEU in the next year or two, up from 6.7 million TEU in 2013. Long Beach and LA jointly registered a 4 percent increase in 2013.