Here’s something that should raise a chuckle: Indonesia has 141 ports handling international cargo and they all want to be hub ports.

Not so fast, said the Indonesian government. That is way too many. Instead, the trade ministry suggested at a recent seminar in Jakarta that each province should have an international port.

But with 33 provinces, that is still about 28 ports too many. A better idea is for the “main” provinces of Aceh, Jakarta, Yogyakarta, Papua, and West Papua to have the hubs and the rest to feed cargo in from their hinterlands.

The five provinces have greater legislative privileges and a higher degree of autonomy from the central government than the others. As a result, they enjoy better transportation infrastructure that is critical in the creation of any port with hub aspirations.

But Indonesia may find it constructive to look north for ideas on how to get their logistics blueprint started on the right track.

Vietnam’s economy has for several years been second only to China in terms of growth, and the country has managed to successfully capitalize on fears that companies have too many China eggs in their manufacturing baskets.

As manufacturing activity grew sharply in the Southeast Asian powerhouse, the government realized that export gateways had to be expanded to accommodate the biggest vessels.

It certainly wasn’t a smooth process, but after meandering all over the place the government finally found the correct path. Saigon road, rail and feeder connections were developed and by opening the transportation corridors, Vietnam managed to bring in the cargo volumes that made container lines pay attention.

Rapid investment in the port by overseas terminal operators has continued – APM, Hutchison, PSA are all there – and the deep new Cai Mep port complex outside Ho Chi Minh City was opened, matching deep sea ocean vessels with high throughput, and an international hub port was born.

Indonesia may have large cargo volumes, but they are scattered across the archipelago and range from manufactured products to commodities. Transport via road in the country is an absolute nightmare, as anyone who has ever travelled through Jakarta could testify.

The government has recognized that it needs to map out the strategic commodity regions covering production, distribution and exports, and develop economic corridors to funnel the commodities to ports. It is busy compiling a national logistics blueprint that will be completed in two years.

With a bit of luck that blueprint will recommend pouring resources into just a few ports and not succumb to the inevitable pressure from other ports to become hubs.

What Indonesia needs is to identify the key import-export areas and consolidate shipping services in those regions. Having ports all over the place will not be an efficient or effective way to manage exports.

Fragmentation seldom works, unless you are talking about hand grenades. 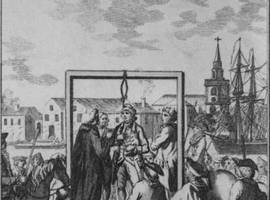