No ports in new plan, just people, property and prices

The focus has shifted in the mainland’s latest five-year plan.

Fifty-seven years ago, China’s first Five-Year Plan was implemented to map out the economic and social development of what was then one of the world’s poorest countries.

At the end of this year the 11 Five-Year Plan expires and the 12 will come into action, guiding what is now the world’s second largest economy.

Parts of the plan have appeared in the regional and Chinese press, but what stands out is that after years of breakneck economic growth and export-driven expansion of infrastructure, the focus in the next five years appears to lean heavily towards improving people’s livelihood.

Improving wages, keep prices stable, creating jobs, stabilizing property prices and developing the rural areas neglected in the push to boost GDP are some of the features of the plan.

But don’t think for a minute that economic growth will be neglected. Analysts expect China to achieve at least nine percent growth next year as the economy stabilises. A slowdown if you are China but growing at breakneck speed if you are any other country.

And all those infrastructure projects fast tracked by stimulus spending in 2008? Around four trillion yuan (that converts into lots of US$) went towards funding the stimulus package to ward of recession and most of those projects are still being built.

For instance, the country is planning to lay down 42,000 km of new track by 2020 that will be mostly completed by 2012, connecting cities via high-speed rail lines.

Ports in China have benefitted from the huge volume of exports, especially container ports in the Pearl and Yangtze River deltas. Enormous amounts of capacity were added in the two manufacturing areas, which, as the container lines showed us, is great when business is good but quickly turns bad when the boxes dry up.

Fortunately, the frantic rush to build or expand ports and container terminals that we saw in the mid 2000s has slowed and the major terminal operators are taking a cautious approach to adding new capacity.

There is little doubt that all the mainland’s port capacity will be fully utilized, and probably within the next couple of years. New quays will have to be built in the future, but if there is one thing the recession taught the industry it is to first invest in some critical forward thinking before investing in the actual construction.

The days when “build it and they will come” was a viable strategy are over.

OGX Strikes Oil again at the Campos Basin and Discloses a Major Gas Discovery at the Onshore Parnaiba Basin. 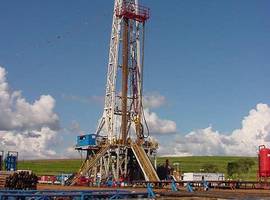 No frills container carrier lining up for launch

WHO SHOULD BE THE DESIGNATED DRIVER?