Nerves abound in the US over the P3 Alliance

FMC and ports fret over the future 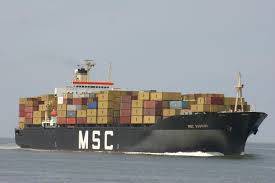 Perhaps Maersk is taking revenge on Virginia.  Although details are still coming through and being thrashed out, it seems that Virginia is possibly getting less attention from the P3 Alliance than it would like.

In terms of direct port pair calls, Norfolk is getting 10 a week, compared with 15 for Savannah and 14 for New York. Los Angeles/Long Beach are showing their muscle with 23 calls (according to MSC, whose figures are slightly different to those of its two partners.) Analysts were expecting a snub of some sort to Virginia after it rejected Maersk’s offer to operate all the Virginia Port Authority’s terminals, and the thinking is that Maersk already had a vague plan for an alliance when the offer was made.

In fact, it’s not too far-fetched to speculate that some sort of hub was being planned in that region, but this idea has now been squelched. (Notwithstanding the fact that ex-Maersk exec is the new Executive Director at the VPA.)

But even LA/Long Beach are nervous about the new arrangement. Long Beach harbor president Thomas Fields told a meeting, sponsored by the Pacific Merchant Shipping Association, of discussions with the shipping lines, “They told us in no uncertain terms that they would be drastically cutting down on the number of ports and terminals where they send their ships. They have choices like never before.”

As Fields also points out, the Big Box retailers only send about 20 percent of their cargo through Long Beach/LA, down from more than 60 percent 10 years ago.

And even the Federal Maritime Commission is nervous. Chairman Mario Cordero wants a meeting with opposite numbers from Europe and China on the effects of the alliance. “One of my concerns relates to media reports that a combined east-west fleet of 346 vessels will be reduced to 255 vessels once the proposed Alliance is consummated,” says commissioner William Doyle.

Ports need to concentrate on their infrastructure as much as on issues like the volume of business. PortMiami director Bill Johnson told the TOC Americas recently: “The US has historically been a leader in building smart infrastructure, but for decades now we have lagged. Not only am I talking about port infrastructure but you have to connect that infrastructure through a smart and intelligent road system, by rail, and through intermodal centers. There is an ongoing need for strategic investment in ports. I see the investment in China and in other parts of the world and they have outpaced the United States significantly for decades,”

The link between more business and better facilities is ironclad.

(UPDATE: THE P3 FILED ITS SERVICE SCHEDULE WITH THE FMC TODAY.)