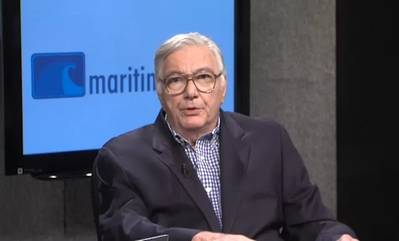 For Maritime TV, author Mike Balzano begins a four part series on Revitalizing the Merchant Marine, based on the lessons learned from the latter part of the 20th century when he served several as an advisor to several U.S. Presidents in support of Jesse Calhoon, then President of the MEBA. In this first program in the series, Balzano takes us back to the early 1970s when Jesse Calhoon worked with President Richard Nixon to expand the U.S. Merchant Marine through the Alaskan oil fleet under the Jones Act. In this series, Balzano provides a firsthand retrospective on how the U.S. maritime industry, with leaders like Calhoon, worked behind the scenes to try to insure it had the attention and support of the political leaders and the presidential administrations.