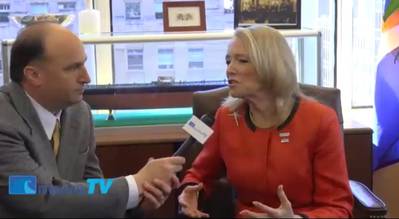 Maritime TV and the North American Marine Environment Protection Association (NAMEPA) have launched a tax-deductible fund-raising effort to support a public awareness campaign for the World Maritime Industry and its Seafarers.

This campaign initiative is a result of a strong and positive industry response to a 6-part video series which aired on Maritime TV in early 2016 that identified an historical pattern of negative mainstream press coverage and inaccurate media reporting surrounding the global maritime industry as a whole.

In a recent interview, NAMEPA co-founder and Executive Director Carleen Lyden-Kluss commented on the importance of enhancing public awareness of the importance of the often maligned maritime industry with this campaign.