The reputation of America's second biggest port is also at stake 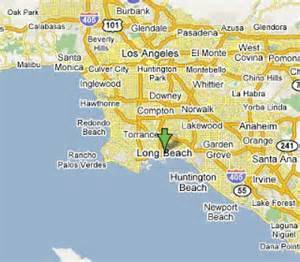 And the band plays on. But this time there are two bands, both playing the same tune. Long Beach city is matching its (slightly) bigger neighbor and booting out anyone who is not a favorite of the mayor. In one go the president of the harbor commission, Thomas Fields, was shown the door while on trip to Asia to woo more customers. Then his replacement, Nick Sramek, decided to head through the same door (although this time it was a lot closer) and resign.

As John McLaurin, president of the Pacific Merchant Shipping Association, has pointed out a number of times, Long Beach is playing “political football.” Mr Sramek himself; proved this in an interview with a local newspaper, “it's all the politics...Everything gets political...I don't want to be part of it anymore... [B]asically this was the last straw...” referring to the departure of Mr Fields.

The mayor made a couple of references to unnecessary travel expenses being part of his dissatisfaction with Mr Fields. Perhaps conveniently, this ignores the fact that there has been no chief executive since Chris Lytle went to Oakland.

Long Beach city is probably busy puffing up its own importance and has no time to notice what is happening elsewhere, but East Coast ports (especially Florida) are on an urgent mission to hack away at Southern California’s market dominance. Channel deepening projects are being unfurled, with second-tier ports such as Canaveral blathering on about 55 foot depths.

Mr Fields has had to take on the marketing role of the chief executive. Perhaps he was on a losing path anyway as he would have probably been castigated for not doing enough to promote the port if he hadn’t gone on the foreign trips.

The port’s integrity and reputation is at stake. A former city mayor sent a message to the city council saying, “This is not just a local action, it affects the world of ports and our national and international credibility. The tenants of the world will not continue to work with an unstable local government. Other US city ports are delighted in our loss of credibility and are already wooing our tenants.”

The current mayor certainly has his supporters in the media. An editorial in the daily Press Telegram blamed Fields for not resigning when the disputes with the mayor began, stating that “Fields serves at the pleasure of the mayor and City Council”,  treating the mayor as a cross between a medieval European king and a theme park manager. Such blinkered and faulty logic seems prevalent in the city.

“Let the healing begin,” says the newspaper (which has the biggest print circulation in the city). The maritime industry reckons the healing should start with the city council realizing that it’s damaging the port’s future.