Builder of battleships and submarines for the US Navy 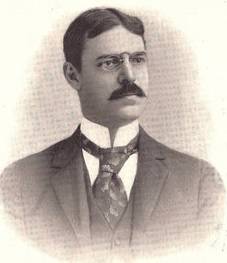 Lewis Nixon (1861-1940) was, among other things, a noted naval architect and shipbuilding executive.  He graduated first in his class at the US Naval Academy in 1882 and was soon sent to the Royal Naval College, Greenwich to study naval architecture.  He again graduated first in his class.  Upon his return, Nixon was appointed an assistant naval constructor with the rank of Lieutenant.  Assigned to the John Roach & Sons Shipyard in Chester, Pennsylvania, he oversaw the completion of three armored cruisers of the new steel Navy.  While there, and with help from fellow assistant naval constructor David W. Taylor, he designed the first modern battleships for the US Navy – USS Indiana (BB-1); USS Massachusetts (BB-2); and USS Oregon (BB-3).  He also earned a Doctor of Science degree in naval architecture from nearby Villanova University.  Nixon then resigned his commission and took a position as Superintendent of Construction for William Cramp & Sons Shipbuilding Company, which had been awarded the government contract for construction of the battleships.  Post-government employment restrictions were not yet in existence.  In 1895, Nixon took over the Crescent Shipyard in Elizabeth, New Jersey, building a number of vessels for the government, including the cruiser USS Chattanooga (CL-18) as well as torpedo boats for the Russian Navy and a number of commercial vessels.  His shipyard also built the first submarines for the US Navy, including the USS Holland (SS-1).  The designer, John Philip Holland, soon founded his own company to build submarines, later named the Electric Boat Company.  The Crescent Shipyard and six others were combined to form the United States Shipbuilding Company, which after some financial difficulties became the Bethlehem Steel and Shipbuilding Company.  In 1906, Nixon invented the first underwater listening device.  It was intended to be used to detect icebergs.  Some of its technologies were later incorporated into sonar.  Following a trip to South America in 1910 as a US delegate to the Pan-American Conference and as Special Ambassador to the Chilean centenary, he advocated direct steamship lines to South America under the American flag.  Soon thereafter, he left the maritime industry to work as a civil engineer and business leader before becoming active behind the scenes for the Democratic Party.