Since 1973 Petrobras has been investing in Subsea technology through the Cenpes center of research. In 2003 the LabOceano research center at the Federal University of Rio de Janeiro (UFRJ) was inaugurated and now in 2009, a partnership between Petrobras and UFRJ launched a new automation and control research center. 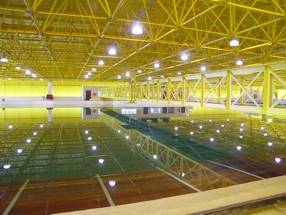 Cenpes, or (Center for Rearch and Development Leopoldo Americo Miguez de Mello) was started in order to develop necessary offshore technologies that Petrobras desperatly needed with the advent of the begining of the big offshore fields discovered in the Campos Basin.
Although at the time the research was more towards basic surface production technologies, this was the embryo that brought about many new offshore technologies developed in Brazil. Before Cenpes, Petrobras was totally dependent on knowledge and technology from international companies operating in the Campos Basin.
From 1994 to 2004 Cenpes developed some interesting technologies, such as the first semi-submersible rig, developed solely by company technicians. This was the Petrobras XVIII, at the Marlim Field in the Campos Basin. Also developed was oil treatment technology for the Brazilian oil, which had distinct characteristics from imported oil and the development of a new diesel oil formula that reduced sulphur content by 50%.
Cenpes was also the developer of the new technologies which permitted Petrobras to attain a world record in deepsea oil production at 1.853 meters in the Roncador Field, also in the Campos Basin, which lead to Petrobras recieving an OTC prize for the development of the Roncador Field.
The LabOceano (Laboratory of Ocean Technology), in operation since 2003, was projected to develop models for structures and equipment used in deepsea oil and gas  exploration and production. It is composed of a tank with normal depth of 15 meters and a central depth of 25 meters, which is considered to be the deepest test tank in the world and helped consolidade Brazil as a world leader in deepsea technology development.
It is equiped with sophisticated multidirectional wave simulation systems and also current and wind generators, permitting realistic simulations of the main characteristics of the deepsea environment, attending to the high level standards demanded by the offshore industry.
In October 2009, a new laboratory was launched by the UFRJ which is also the operator of the LabOceano at its “Ilha do Fundão” ( Fundão Island) location, adjacent to where Petrobras has its Cenpes center.
The laboratory of Control and Automation (LEAD) has as a main mission to optimize exploration, production and refinig units for use by Petrobras. The development of national technology of subsea units in all these three areas being a necessity as at the moment all or at least most subsea technology used in Brazil is imported. For this first phase of the laboratory, Petrobras invested of 3 million reais.
The laboratory reproduces the existing environment in offshore operational control centers and is the only laboratory in the country to have three digital systems for distribution control (SDCD) from different manufacturers, that are used by Petrobras. This differential will make the solutions and developments obtained in LEAD easily transferable to offshore units.
The first phase of the LEAD project is contained in a 150 m2 building and the second phase will increase the area used to 1800 m2 next to the LabOceano facility at the UFRJ technological park.
Shlumberger will also open a new research center in Brazil.
Schlumberger recently signed a joint cooperation agreement with the UFRJ to build a key international research center on the university’s campus. The agreement marks the first research and geosciences center to be located at UFRJ Technology Park.
“Schlumberger has a history of fostering long-standing relationships with universities in Brazil in order to hire and train professionals in the local industry,” said Ana Zambelli, Schlumberger Brazil operations general manager. “This contract not only marks a milestone for our history in the country, but also our commitment to continue contributing to the development of the local oil and gas industry and its future.”
Antoine Track, manager of the new center, commented, “Building the center on the university campus is critical for fostering a collaborative environment for knowledge sharing and for the development of technological solutions for local industry challenges.”
The Shlumberger Brazil Research  and Geosciences Center (BRGC) will focus on research and development activities in the deepwater pre salt environment, with emphasis on the development of geoscience software for the exploration and production sector; new technologies to meet reservoir challenges in the pre-salt and the of a excellence center in geophysical processing and interpretation, covering time-lapse seismic and combined electromagnetic and seismic measurements. 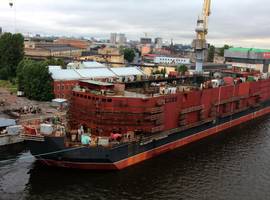