Posted to Maritime Musings (byDennis Bryant) on May 9, 2014 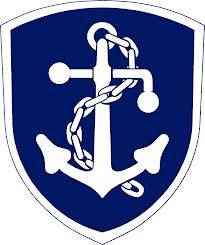 The Icelandic Coast Guard was formally established on 1 July 1926, but traces its heritage to 1859 when Iceland acquired a corvette to patrol local waters.  Iceland does not have an army, navy, or air force, so those duties have, by default, fallen on the Coast Guard.  Its primary missions are defending Icelandic sovereignty, maintaining the integrity of Iceland’s territorial sea, enforcing fishery and related laws within Iceland’s 200-mile exclusive economic zone, and maritime search and rescue.  The Coast Guard also operates the Iceland Air Defense System.  It also engages in joint exercises with allied military units and occasionally operates in the waters of Greenland and the Faeroe Islands under a bilateral agreement with Denmark.  Its approximately 200 officers and enlisted personnel operate four ships, one survey boat, one fixed wing aircraft, and three helicopters.  The offshore patrol vessel Thor is the flagship of the fleet.  At just over 300 feet in length, the 3,900 ton vessel has a complement of 48 and is capable of speeds in excess of twenty knots.  It was commissioned in 2011.  During the so-called Cod Wars in 1958, in 1972-73, and in 1975-76, the Icelandic Coast Guard defended the various Icelandic exclusive fishery claims.  In 1958, Iceland expanded its claimed fishery waters from three nautical miles to twelve nautical miles.  The United Kingdom did not recognize the claim and its fishing vessels attempted to fish as before off Iceland.  There were confrontations between Icelandic Coast Guard patrol vessels and Royal Navy warships until the dispute was diplomatically resolved.  In 1972, Iceland expanded its claimed fishery waters to 50 nautical miles.  Fishing vessels from both the United Kingdom and West Germany attempted to continue fishing in the coastal waters.  The Icelandic Coast Guard fended off fishing vessels from those two nations.  Again, there were confrontations with the Royal Navy and, again, diplomacy prevailed.  In 1975, Iceland expanded its fishery claims to 200 nautical miles.  Again, British fishing vessels attempted to defy the claim.  Again, there were confrontations with the Royal Navy.  For the third time, diplomacy prevailed, but not before Iceland threatened to close the NATO base at Reykjavik.  It should also be noted that the Icelandic Coast Guard is also responsible to explosive ordnance disposal (EOD), consisting primarily of unexploded World War II mines.