It may be six months late, but the canal will start admitting larger vessels by the end of 2015, the authority says.

“Nobody walks off a project this advanced,” Benitez said at the SMC3 Jump Start conference in Atlanta last week.

Benitez was referring to the financial dispute the authority is having with contractor GUPC that insists the ACP should co-finance unexpected cost overruns estimated at US$1.6 billion.   The consortium threatened to stop work on the US$3.1 billion canal expansion project if the ACP continued to withhold payment.

GUPC claims the ACP provided poor geological surveys for the ground beneath the locks, leading to greater than anticipated costs, an accusation dismissed by Benitez.

And anyway, said the canal administrator, the dispute should have been settled via the dispute resolution mechanisims that are built into the contract. He said the ACP had given GUPC until January 27 to resolve the dispute, and after that it would have to issue a termination letter that would come into effect after 14 days.

The contractors are on a go-slow that threatens to delay the project further. At stake is a huge chunk of money. Not only the massive cost of the project but the lost revenues caused by any delay. The widened Panama Canal was scheduled to open in the first quarter of next year but with the current slowdown it will likely only be ready by Q4 2015. That is at least six months of lost revenues for the canal authority, and also for the US East Coast ports that have made major infrastructure improvements of their own to enable terminals to accommodate the larger ships.

The port of Miami has made huge port investments, New York-New Jersey will have raised its Bayonne Bridge by next year, channels are being deepened and quay walls strengthened. Everyone is counting on the new and improved Panama Canal.

There is a Plan B that will see the ACP completing the project itself. A construction management firm will be engaged to manage the sub-contractors currently working on the expansion, and with the entire project almost 70 percent complete Benitez said it would be possible to admit the larger ships by the end of next year.

But Benitez did not believe Plan B would be necessary, as no engineering firm in its right mind would walk away from such a huge global project. GUPC is a European consortium headed by Spain’s Sacyr SA and the damage to its reputation would be enormous if it walked away from such a high profile project.

“For the Europeans it is a big issue and we understand they are very concerned,” he said. “If they fail it will be a fiasco. This is not a project that is in an unknown part of the world. This is the Panama Canal. If they fail, it is doubtful that they will get large contracts again, especially not in Latin America.” 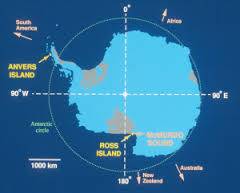