At seven years and five months, the longest-serving Assistant Secretary of the Navy 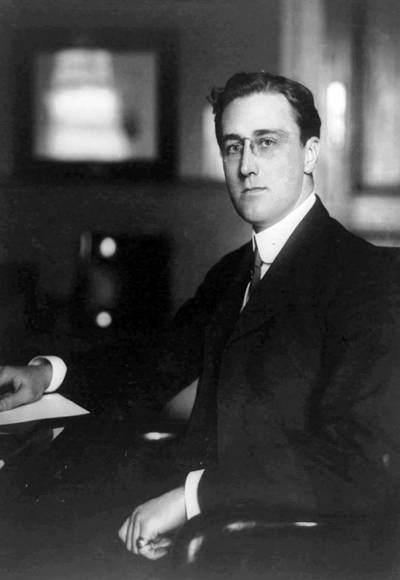 Franklin Delano Roosevelt (1882-1945) achieved his first political office when he won election as a New York State Senator in 1910.  As a result of his vigorous support of Woodrow Wilson’s successful campaign for the presidency in 1912, Franklin was put forward as the Assistant Secretary of the Navy, a post that his cousin Theodore had briefly held.  Roosevelt was confirmed and sworn in on 17 March 1913.  He loved the job and proved to be an energetic and efficient administrator.  Franklin, like his cousin, supported a strong Navy and worked with Congress to get adequate budgets adopted, initially over the objection of his boss, Navy Secretary Josephus Daniels.  In 1914, without resigning his position, Roosevelt ran unsuccessfully for the United States Senate seat for New York.  Returning to his old desk, he worked to establish the U.S. Navy Reserve and to modernize various antiquated management systems within the Navy Department.  Over internal Navy objection, he prevented the dissolution of the Navy’s small Aviation Division.  After Germany commenced its submarine warfare campaign, Franklin sought permission to put the Navy on a war footing, but this was turned down as too provocative, President Wilson still trying to maintain the façade of neutrality.  He then proposed that the United States assist the British in laying a mine barrier across the North Sea from Scotland to Norway, but was again rebuffed.  Roosevelt did, though, succeed in convincing President Wilson of the need to provide defensive armament for US merchant vessels operating in North Atlantic waters.  When Congress was unable to act on the President’s proposal due to a Senate filibuster, Wilson issued an Executive Order implementing the program by loaning “surplus” Navy deck guns to US ship owners.  When the United States became actively involved in World War I, Roosevelt and Navy Secretary Daniels worked tirelessly to beef up the under-sized Navy, but the conflict ended before significant new tonnage had been commissioned.  It was then necessary to demobilize while imposing minimal damage on the core Navy.  Franklin Roosevelt resigned his post as Assistant Secretary of the Navy on 26 August 1920 after the Democratic Party nominated him as their candidate for Vice President alongside Presidential nominee James Cox. 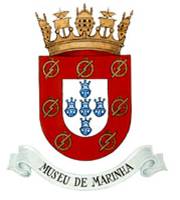 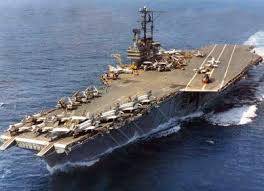