The Eagle boats were designed during World War I to serve the US Navy as submarine chasers.  The then-existing class of submarine chasers had proven too slow and with insufficient range to counter the German U-boat menace.  The problem was that the traditional shipyards in the United States were fully occupied constructing larger vessels.  President Wilson summoned Henry Ford and convinced him to serve on the United States Shipping Board.  He also inquired of Ford for means of tackling the submarine chaser problem.  Ford advised that what was needed was an assembly line process, like he used in producing cars.  The ships must be built to one set of plans and must have a simple design such that ship-building experience would not be needed in their construction.  Once on the Shipping Board, Ford advised that the steel plates for the hull must be flat to further simplify construction.  In January 1918, Secretary of the Navy Josephus Daniels awarded Ford a contract to construct 100 such vessels.  Ford had a new factory constructed on the banks of the Rouge River in Detroit.  Originally, the plan called for a moving assembly line like that used for automobile construction, but the ships proved to be too large at a length of 200 feet and a displacement of 615 tons.  The first Eagle boat was launched on 11 July 1918 and six more soon followed.  With the end of the war on 11 November, the contract was promptly cut from 100 boats to 60.  While the first seven had been commissioned, they did not see combat during World War I.  The remaining 53 were commissioned in 1919.  Several of the Eagle boats were used during the Allied intervention in the Russian Civil War.  Some of the boats were used by the Navy as aircraft tenders.  Five were transferred to the US Coast Guard, but proved to be so unsuitable for that service’s missions that they were soon disposed of.  Eight of the Eagle boats survived and were active during World War II.  One of these was lost to a German U-boat attack off Portland, Maine on 23 April 1945.  The major legacy of the Eagle boats was not the boats themselves but the innovative use of assembly line processes for ship construction.  This method would be utilized again during World War II to construct Liberty ships, Victory ships, and other vessels vital to the war effort. 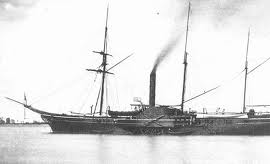