Disparity between penalties for ship and shore 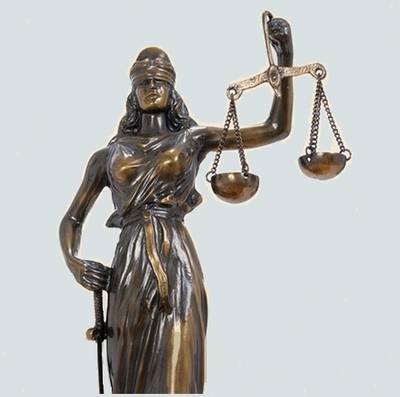 On February 8, 2012, the United States Attorney for the Eastern District of Louisiana announced that a company and operator had been sentenced for violation of the Clean Water Act for discharging oily wastewater into the Harvey Canal.  It seems that an environmental company in Harvey, Louisiana had a permit that allowed it to discharge pretreated wastewater into the local sewage treatment plant.  Pretreatment under the permit required removal of oil from the wastewater through use of an oily water separator system (roughly similar to what is done on board ships prior to discharge of bilge water).  In this case, though, the environmental company had not installed the proper equipment and did not have the ability to process the wastewater.  The individual who operated the facility arranged for installation of a discharge hose that, between September 2007 and March 2008, pumped 1,200,000 gallons of oily wastewater directly into the Harvey Canal.  Both the environmental company and the individual who operated the facility pleaded guilty.  Up to this point, things sound very similar to what unfortunately has occurred on various ships, with shipowners and chief engineers pleading guilty.  The similarity ends here though.  The environmental company was sentenced to a fine of $5,000 and three years’ probation.  The individual was sentenced to a fine of $3,000 and three years’ probation, which includes a special condition that he serve 30 days’ home detention.  While I do not ask that these sentences be increased, I strongly advocate that the sentences for maritime companies and personnel be brought into line with those imposed on these shoreside offenders.  Justice is supposed to be blind.  These shoreside offenders intentionally pumped over a million gallons of oily wastewater into waters of the United States in blatant violation of their EPA permit (which also requires detailed recordkeeping).  A minority of shipowners and engineers pump hundreds of gallons of oily wastewater into international waters in violation of international regulations.  They then get hammered in US courts with million dollar fines and jail time.  Neither activity is defensible, but where is the principle of equal justice under the law?