With great sadness we report that marine photographer and writer Don Sutherland died at home on May 24, 2010 of cancer. Don covered the working waterfront like no other with an adoring eye, passionate voice and sharp wit. 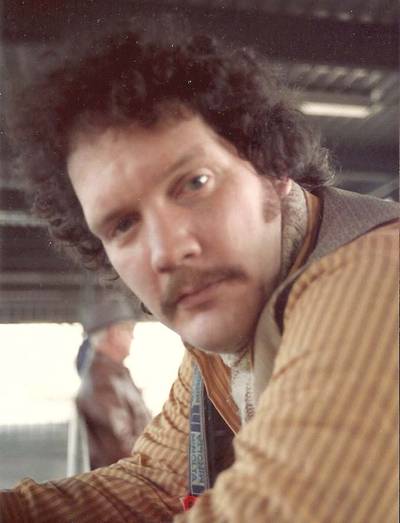 Staten Island, NY – Donald Scott Sutherland, 66, of Stapleton, photojournalist for Marine News and avid collector of antique typewriters, magic lanterns, cameras and business machines died at home on May 24, 2010 of cancer.
Born in Harlem in 1944 to Alton and Madeleine Sutherland he graduated from the High School of Music and Art. His love for photography and writing was cultivated while working summers during high school writing text for the Montgomery Ward catalog and later landing a job in a Manhattan camera store after graduation. His affinity with photography and dexterity with a camera would land him the role of the “Bolex Man” as spokesperson and model in their print ad campaigns.
He was a contributing photojournalist for Popular Photography and was listed on the masthead as a contributing photographer and writer for over 20 years. Spanning a career of over 40 years, most recently with Marine News, his work was published in Playboy, Newsweek and many other professional trade publications. Over the past 10 years he would chronicle and photograph tugboats and the workboat industry throughout the United States. Many of his most recent significant works detailed the vital role played by the maritime industry during 9-11 and Hurricane Katrina.
He was the former Editor-in-Chief of the North Shore Press, a local Staten Island publication. His expertise with film and digital photography would earn him freelance positions evaluating and critiquing new cameras and lenses for all of the major camera manufacturers.
He moved from Manhattan to his beloved Stapleton, Staten Island in 1974. He was very involved in local community activities and would hold the titles of Vice President of the Mudd Lane Society and member of the Board of Directors of the Stapleton Local Development Corporation. He was instrumental in the landmarking and preservation of Stapleton and his article in New York Magazine was instrumental in the revitalization of interest for historically significant homes on Staten Island.
Mr. Sutherland was also one of the world’s most recognized collectors of antique typewriters and memorabilia and wrote a book for Panasonic called the “Typewriter Legend” which chronicled the history and impact of the typewriter and its influence on the modern day computer.
He is survived by his longtime friend Mary Elizabeth Rasile Farraj and his Goddaughter Alexa Farraj.  Mary Elizabeth and Alexa were often seen with Don at the annual tug boat races.

His estate seeks pro bono legal advice, especially regarding the disposition of his archive. Please email Elizabeth Raslie Farraj to help.
PortSide and Matt Perricone, Captain of the tug Cornell, are organizing a memorial service on the deck of the tanker Mary Whalen for 6pm Tuesday 6/22 with a rain date of 6pm Wednesday 6/23.  Guests can come by land or water to northside Pier 9B, Red Hook, Brooklyn.  TWIC regulations apply, please see info on the service here. Please email Elizabeth Raslie Farraj if you wish to speak or contribute a memory or photo.
Obituary and Memorial Service info at http://donsutherlandmemorial.eventbrite.com/